The moderators for the nation’s 2012 presidential debates were picked by a progressive panel of Washington establishment figures, dubbed the Commission on Presidential Debates.

The four debates are important because they can shape opinions among the late-deciding voters whose ballots will likely decide the election in swing-states, including Florida, Virginia and Ohio.

Each of the chosen moderators work for establishment media outlets or for government-funded media operations.

The establishment journalists are CNN’s Candy Crowley, ABC News’ Martha Raddatz and CBS’ Bob Scheiffer. Jim Lehrer works for PBS, which is supported by the government.

The locations were also chosen by the progressive-skewed commission.

The commission’s nine-member board include Antonia Hernandez, a former president of the Mexican American Legal Defense and Eduction Fund and a member of the progressive American Constitutional Society, and Howard Buffett, the son of billionaire Obama-booster Warren Buffett.

The group also include Richard Parsons, a former chief of Citigroup and a long-standing friend of Obama, and John Jenkins, the president of Notre Dame who invited Obama to speak at the university in 2009 despite a firestorm of criticism from orthodox Catholics.

The two most prominent Republican members of the board are both social liberals — former Sens. John C. Danforth and Alan K. Simpson. [Editor’s Note – This language indicates they are big-time RINO’s, for gay marriage, and pro-aborts.]

The two co-chairs are Michael D. McCurry, the former spokesman for President Bill Clinton, and Frank J. Fahrenkopf, the current president of the casino trade group, the American Gaming Association.

Fahrenkopf was chairman of the Republican National Committee a quarter of a century ago, from 1983 to 1989.

Both Fahrenkopf and McCurry work for lobbying firms.

Romney’s campaign declined to comment about the political tilt of the reporters. “Debate moderators are selected by the Commission on Presidential Debates,” said a statement from Ryan Williams. “You should check with them for questions.”

Raddatz will moderate the vice presidential debate on Oct. 11, from Danville, Kentucky.

DISCLAIMER: Beliefnet puts paid advertisements on “Watchwoman on the Wall” blog site including some that would never be approved of by the King James Bible, Pastor Ernie Sanders of Doers of the Word Church, What’s Right-What’s Left Radio Ministry, the Voice of the Christian Resistance, Geauga County Right to Life and Donna Calvin.  We at www.WRWL.org do not condone, endorse, adhere to, practice or believe in many of the topics and some of what other bloggers promote or their religions at Beliefnet.  However, Mrs. Calvin has no control of what Beliefnet displays.   She blogs at Beliefnet because she is in the missionary field ministering to true believers posting articles and commentaries informing pro-life, conservative Christians of recent anti-Christian acts and hostile legislation to God’s Agenda and His Will for the world.  Hopefully, unbelievers will read these along with the salvation message of Jesus Christ as written in the Gospel of John, Chapter 3, according to the King James Bible, and be saved.  A missionary must go into the unbelievers’ territory to reach them.  Her mission is to Proclaim Warning to a Nation that has forgotten their Lord and Savior Jesus Christ, the only Truth, the Life, and the only Way to the One God the Father. (Posted 10/10/12) 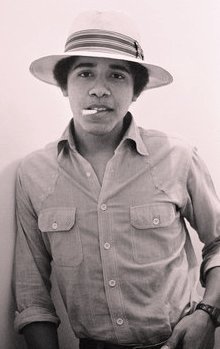