Calvin’s Commentary: Now I was never very good at math compared to my English grades, but even I know that if you look at the numbers below, they don’t make any sense. If you add 114,000 jobs, but you need 150,000 new jobs to keep pace, then the unemployment rate has increased, not decreased, like CNN Breaking News claims. Of course, if you read the second item, you’ll grasp quickly onto how Obamath plays into the figures. Remember: “Figures don’t lie, but liars can figure.” What’cha thinkin’? Yep!  Me too! (Just an added thought – Does “BLS” stand for Bureau of Labor Statistics or Bureau of Lying Socialists?) Hey, Obamasiah lost the debate, the commie media has to help him out.  Al Gore sure didn’t help him any by saying that it was the thin air in Denver that caused the commander in grief to lose his brains!  Alas, you know with Al Gore, it’s always the climate!  Whose the bigger airhead, Al or Hussein-O? ▬ Donna Calvin ▬ Friday, October 5, 2012

The country generally needs at least 150,000 new jobs each month to keep up with population growth.

At least two economists at the Bureau of Labor Statistics (BLS) have contributed to President Barack Obama’s campaign. Harley Frazis of Bethesda, MD, has contributed at least $2,000 to Obama and $9,000 to the Democratic National Convention over the last three election cycles. During his time at BLS, Harley has published a number of papers including his most recent, “How to Think About Time-Use Data: What Inferences Can We Make About Long- and Short-Run Time Use from Time Diaries?”

Stephen Phillips of Washington, D.C., has contributed at least $270 to Obama during the 2012 cycle. According to his LinkedIn profile, Phillips has been an economist at BLS since June 2009. Phillips was responsible for examining the impact of Obamacare on Healthcare North American Industry Classification System indices. Phillips was also assistant coach for a girls’ high school tennis team in 2010.

The Unemployment Rate Is Down To 4.3%…For Government Workers 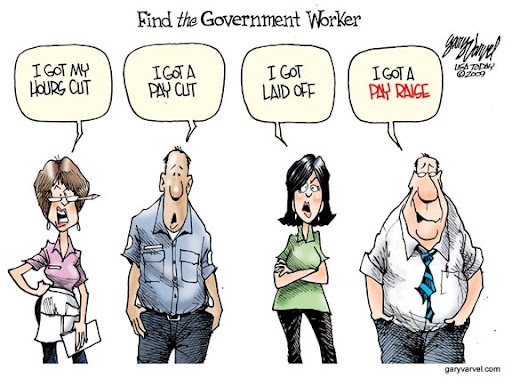 President Obama and Democrat leadership may not have been great for the economy overall, but the government workers in the public sector are doing pretty good. Unemployment among government employees is the lowest out of any other sector in the economy:

(CNSNews.com) – The best news anywhere in the U.S. economy over the past three months has been in the government sector, where unemployment has dropped dramatically from 5.7 percent in July to 5.1 percent in August to 4.3 percent in September, according to the Bureau of Labor Statistics.

Let’s be clear that while government jobs are necessary – and more often than not filled by good people trying to do a good job – they are a drain on the overall economy. Government in and of itself is a burden to the economy. The private sector supports the government because a truly free market needs a certain number of laws and enforcement of those laws.

But government jobs are no stimulus to the economy, despite what the Keynsians tell us.

Government jobs are, however, of tremendous stimulus to Democrats who count as perhaps their most important bloc of support the labor unions. And these days the government is the last bastion of organized labor, given that there are more dues-paying union members working in government than the private sector.

Unemployment Rate Plummets to 4.3%–For Government Workers — but not for postal workers!

Postal Workers – who bring YOU your mail – those have been cut drastically!

(CNSNews.com) –  The best news anywhere in the U.S. economy over the past three months has been in the government sector, where unemployment has dropped dramatically from 5.7 percent in July to 5.1 percent in August to 4.3 percent in September, according to the Bureau of Labor Statistics.

Both the federal and state governments increased their employees in July, August and September.

The BLS’s count of civilian federal employees does not include members of the military or individuals who work for certain intelligence gathering agencies, including the Central Intelligence Agency and the NSA. 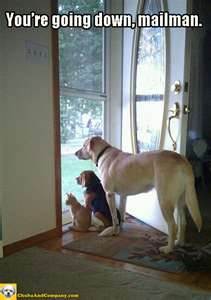 The Obama administration has been able to accomplish a net increase in federal employees over the past three months even while the U.S. Postal Service–whose employees are considered part of the federal workforce–eliminated jobs and decreased its payroll. In July, according to BLS, the Postal Service employed 610,000 people. In August, that declined to 609,900, and in September that declined to 606,900.

State governments have added a net of 17,000 new workers to their taxpayer-funded payrolls over the past three months. In July, state government around the nation employed 5,052,000 people. In August, that climbed to 5,056,000, and in September it climbed again to 5,069,000.

By DAN CALABRESE – U6 unemployment is what matters, and it remains unchanged at 14.7 percent.

This morning’s jobs report is giving Obama’s media backers a chance to change the narrative, and you’ll be hearing throughout the day how this is “good news for the president” because unemployment has finally dipped below 8 percent to 7.8 percent, which is the lowest it’s been in 44 months. This will be accompanied by their celebratory announcement of a statistic you’ve probably never even heard before, that of an increase of 873,000 in employment from the “household survey.”

None of this represents anything good, but you have to understand what the numbers mean in order to recognize that. So let’s go through it:

– The Bureau of Labor Statistics reports that only 114,000 new jobs were added in September. That is slightly better than the 96,000 that were originally reported in August (later oddly revised to more than 140,000), but it is still terrible, and still well below what you need to even keep up with population growth.

– The household survey includes people who took part-time jobs, which is why it says there are 456,000 fewer “unemployed” people, because you are not unemployed if you work at McDonald’s. They are still underemployed, however, for purposes of being counted in the U6 unemployment number, which is why that figure remains unchanged at 14.7 percent.

– The fact that 7.8 percent is the lowest we’ve seen U4 in 44 months only demonstrates how horrible the past 44 months have been. During the Bush Administration, U4 stayed around 5 percent from the end of his first-term recession until the financial market meltdown in 2008. The recession has been over since 2009 but unemployment has remained at or above 8 percent ever since. A slight drop now to 7.8 percent is mere statistical noise, especially with U6 remaining unchanged.

What is going to happen over the course of the next several days, however, is a competition of narratives over what these new numbers mean. You’ll hear a lot about 7.8 percent, and you’ll hear a lot about the household survey number of 873,000. You won’t get much explanation to put them in context, except in a political context. But you should know what these numbers really mean, and now you do.

DISCLAIMER: Beliefnet puts paid advertisements on “Watchwoman on the Wall” blog site including some that would never be approved of by the King James Bible, Pastor Ernie Sanders of Doers of the Word Church, What’s Right-What’s Left Radio Ministry, the Voice of the Christian Resistance, Geauga County Right to Life and Donna Calvin.  We at www.WRWL.org do not condone, endorse, adhere to, practice or believe in many of the topics and some of what other bloggers promote or their religions at Beliefnet.  However, Mrs. Calvin has no control of what Beliefnet displays.   She blogs at Beliefnet becaise she is in the missionary field ministering to true believers posting articles and commentaries informing pro-life, conservative Christians of recent anti-Christian acts and hostile legislation to God’s Agenda and His Will for the world.  Hopefully, unbelievers will read these along with the salvation message of Jesus Christ as written in the Gospel of John, Chapter 3, according to the King James Bible, and be saved.  A missionary must go into the unbelievers’ territory to reach them.  Her mission is to Proclaim Warning to a Nation that has forgotten their Lord and Savior Jesus Christ, the only Truth, the Life, and the only Way to the One God the Father. (Posted 10/05/12)