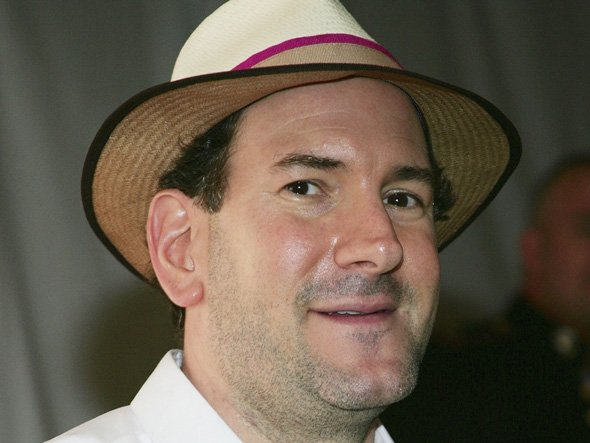 Matt Drudge —- Why do so many of us go to the Drudge Report daily and repeatedly? Because in one visit we find more truth there than in a months’ worth of reading items in local newspapers, major and international newspapers as well as local, US and international free TV and cable networks. And, we get to see the truth based upon a rational conservative worldview. The whole stinkin’ mainstream media is made up of liberal communists we no longer believe or trust! Why? They LIE!!! They ogle the Obamanation while Drudge had recently called the losing POTUS “Oh-O” after he lost to Romney so bad we all saw the leaders of the Democratic Party and the major media melting down as they were bleeding from their eyes and ears! Keep up the good work, Drudge, and we’ll keep coming to your web site. I wouldn’t subscribe to the New York Crimes newspaper if they paid me to read it! — Donna Calvin

Everyone knows about The Drudge Report, the site that journalist and entrepreneur Matt Drudge created more than a decade ago.

Everyone knows that The Drudge Report has an extraordinarily large readership, especially given the size of the team that produces it (maybe three people, including Drudge himself).

Everyone knows that The Drudge Report still sets the rest of the media world on tenterhooks from time to time by announcing that it has exclusive news forthcoming.

What few people know — in part because of the apparent simplicity of the site — is that Matt Drudge is arguably the single-most powerful individual in the digital news business.

What few people also know is that the deceptively simple Drudge Report is one of the most successful and profitable digital media businesses on the planet.

And here are some other things that few people know:

The Drudge Report is, at minimum, worth hundreds of millions of dollars.
Matt Drudge, presumably, created, funded, and owns all of it.
This combination of influence and wealth makes Matt Drudge one of the most successful digital media entrepreneurs in the world — the Rupert Murdoch or William Randolph Hearst of the digital age.

Let’s look at some numbers.

In short, the Drudge Report is almost as big a digital media property as The New York Times.

And how about economics?

That doesn’t sound like much, but, importantly, Drudge has very low tech, editorial, and sales costs.

So almost all of that is profit.

Assuming The Drudge Report pays the full corporate tax rate on those earnings, the business probably generates $10-$15 million of after-tax profit per year.

So, how much is The Drudge Report worth?

Media properties generally trade at a 15x-25x multiple of earnings, or a 4x-5x multiple of revenue, depending on the growth rate of the business and the level of profitability.

A range of 15x-25x earnings for the current incarnation of The Drudge Report, therefore, would produce an estimated value of $150 million to $375 million.

And those values, importantly, drastically understate the value that could be created if Matt Drudge decided to build it out into a more typical digital media business.

One of the most remarkable things about The Drudge Report is that the site’s content still consists primarily of original headlines linked to stories elsewhere on the web. This is a highly innovative and efficient media model, one that takes full advantage of the amazing capabilities of the Internet.

The editorial content that Drudge creates, in other words, consists of finding and interpreting important stories from millions of information sources around the world. Rather than creating a huge newsroom itself, the Drudge Report uses the whole digital world as a newsroom. And, importantly, unlike many digital media businesses, Drudge compensates those who did the work of creating the content that Drudge links to by sending them hundreds of thousands of readers — readers that they almost certainly would not have had had Drudge not chosen to link to them.

The Drudge Report, in other words, is not just a “win” for Drudge and its readers. It’s a “win” for all of the content creators that Drudge links to, as well. So, everyone who creates content for a living should cheer for the success of The Drudge Report.

(In fact, given that news-business gurus still seem to be consumed with a perennial debate about the “future of news,” it’s time to recognize that, whatever that future is, The Drudge Report will be a highly successful and influential part of it. Traditional media organizations and journalism schools may not like that. But it’s the truth.)

If and when Drudge wanted to, moreover, he could begin to build a small tactical newsroom of his own, along with a dedicated ad sales force. With almost no effort, these additions could double or triple the number of pageviews the site produces, along with the amount of revenue that The Drudge Report generates from them. Such investments might reduce the number of readers Drudge sends to other sites, but they would not stop this traffic flow completely. And they would likely make the site worth 2-3X as much as it is today.

He has created one of the most innovative, successful, and profitable digital media businesses on the planet, one that is likely worth hundreds of millions of dollars.

It’s time he got some credit for that