DEBATE: 2nd Debate Romney built even more confidence that he can undo the misdeeds of Obama!

The 2nd Presidential Debate: America may not be lost after all!

I feel much more comfortable with a Romney/Ryan ticket every time I see and hear Governor Romney speak, not in planned speeches, but where he’s challenged.  He comes across with confidence and he succeeds in making me feel more confident that America still has a chance!

In spite of Candy Crowley being the second Democrat debater, comrades in cahoots against Mitt Romney, he did a great job of exposing the failed policies of Hussein Obama.

I have every confidence in that a President Romney could prevail over America’s enemies, unlike the bowing apologist Hussein Obama presents at international disputes.

Governor Romney is a winner — and Hussein Obama is clearly a loser — because Hussein Obama simply lacks the foundation it takes to be a winning American. Obama is a socialist, Marxist leaning leftist, but America is a capitalist society.

Mitt Romney can get the job done and Hussein Obama will continue to pursue the same failed policies that have succeeded in continued high unemployment and all the maladies we face today, including getting anything done about illegal immigration, controlling China’s misdeeds in trade policies with the USA, relieving the middle class’ financial woes, the horrible increase in gasoline prices at the pumps, the national debt doubling as he continues to borrow from China and prints dollars like play money that will cause inflation to soar out of control while he and the Democrats throw it down the black hole of Democratic policies leaving our progeny to pay off his wild and absurd spending failures.

One of tonight’s main declarations by Hussein Obama, that he insisted on repeating, was that Mr. Romney would cut funding to the baby killers at Planned Predators!  Now that, to us pro-lifers, is about the best news we could ever hear!

Hussein Obama has no clue where America stands on abortion. He believes we all want to murder babies like he and his feminists supporters do!  He is blinded by the darkness of evilness that lives in his inner spirit.

Just like in the first debate, where Hussein Obama declared that he was all for making a debacle of God’s holy institution of marriage, turning it into a mockery and where he showed his prideful accomplishment of ensuring the sodomization of the U.S. military proved who he really is.

Again, Hussein Obama is godless and clueless.  He proves that he does not know God, God’s Laws, God’s Word, the Holy Bible or God’s Agenda and that he is clearly diabolically opposed to it, as far away from obedience to God’s Righteousness as Satan is.

Just a couple of notes about the tangible characteristics of the debate:

* Like the first, the moderators both gave more time to Hussein Obama than Mitt Romney (see item below).

* But the worst thing, much worse than the time factor, was that Candy Crowley was just a little too obvious.  She made certain that Hussein Obama got the last word in almost every sparring round.  And we all know, the man with the last word is considered the winner.  She did her part to contribute to Hussein Obama’s narrow margin of victory tonight that the polls are reflecting.  She did what was expected of her as being a part of the Hussein Obama Reelection Team.

Those poor Dems, they just cannot ever stand fair and balanced.  They are in for the fix every time.

Amid persistent complaints and interruptions from both candidates, President Obama ultimately got more than three extra minutes of speaking time than Mitt Romney during Tuesday’s debate.

According to CNN’s timekeeping, Obama got 44:04 minutes of speaking time, while Romney got 40:50.

As she promised she would, Candy Crowley is asking her own questions at tonight’s debate — despite a provision in the debate contract, signed by both campaigns, that she would “not ask any follow up questions.” Both campaigns voiced concern over her intention to ask follow-up questions after each candidate gave their initial two-minute response.

UPDATE: For the sake of clarification, as I have reported many times today, Crowley did not sign the debate contract, or “memorandum of understanding,” nor was she expected to. The candidates nevertheless expected her to honor the memorandum, which is why they included that provision.

What about those long term unemployed who need a job right now?

Debate: Obama Defends Funding Planned Parenthood Four Times
President Barack Obama proved during Tuesday night’s debate why the Planned Parenthood abortion business has called him their “champion” and has spent millions of dollars ensuring he is re-elected to another term.  Just minutes into the debate, Obama attacks Mitt Romney on the economy, claiming the only solutions Romney has for improving it involved cutting taxpayer funding for the abortion giant.

DISCLAIMER: Beliefnet puts paid advertisements on “Watchwoman on the Wall” blog site including some that would never be approved of by the King James Bible, Pastor Ernie Sanders of Doers of the Word Church, What’s Right-What’s Left Radio Ministry, the Voice of the Christian Resistance, Geauga County Right to Life and Donna Calvin.  We at www.WRWL.org do not condone, endorse, adhere to, practice or believe in many of the topics and some of what other bloggers promote or their religions at Beliefnet.  However, Mrs. Calvin has no control of what Beliefnet displays.   She blogs at Beliefnet because she is in the missionary field ministering to true believers posting articles and commentaries informing pro-life, conservative Christians of recent anti-Christian acts and hostile legislation to God’s Agenda and His Will for the world.  Hopefully, unbelievers will read these along with the salvation message of Jesus Christ as written in the Gospel of John, Chapter 3, according to the King James Bible, and be saved.  A missionary must go into the unbelievers’ territory to reach them.  Her mission is to Proclaim Warning to a Nation that has forgotten their Lord and Savior Jesus Christ, the only Truth, the Life, and the only Way to the One God the Father. (Posted 10/17/12) 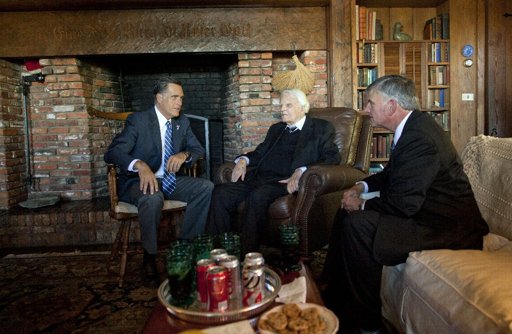