Watchwoman’s Editorial: I hope every one of you who reads this column will never forget that Obama and his administration backed Arab Spring and I told you way back then that the Muslim Brotherhood was being backed by Obama because he is one of them! There are many factions of Islam and the Muslim Brotherhood is the radical bunch of terrorists that Obama idealizes. Notice that the criminally negligent news media are using words like “run amok” to describe crucifixion! That is why I never read The New York Times or believe anything I see on the lame-stream news media. They are all union-backed, union-supported communist front organizations that do nothing but stump for the communist party in the U.S.A.; otherwise known as, the Democratic Party. There is nothing Democratic about the Progressives in the Communist Party or the Obamunists in his administration. Their ultimate goal is to take out Israel. Remember this! I warned you! ▬Donna Calvin ▬ Friday, August 17, 2012 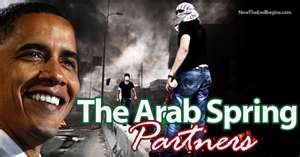 The Arab Spring takeover of Egypt by the Muslim Brotherhood has run amok, with reports from several different media agencies that the radical Muslims have begun crucifying opponents of newly installed President Mohammed Morsi.

Middle East media confirm that during a recent rampage, Muslim Brotherhood operatives, “crucified those opposing Egyptian President Muhammad Morsi naked on trees in front of the presidential palace while abusing others.”

Raymond Ibrahim, a fellow with the Middle East Forum and the Investigative Project on Terrorism, says the crucifixions are the product of who the Middle Eastern media call “partisans.”

Ibrahim also says the victims can be anyone, including Egyptians and Christians.

“It’s anyone who is resisting the new government,” Ibrahim said. “In this particular case, the people attacked and crucified were secular protesters upset because of Morsi’s hostile campaign against the media, especially of Tawfik Okasha, who was constantly exposing him on his station, until Morsi shut him down.” 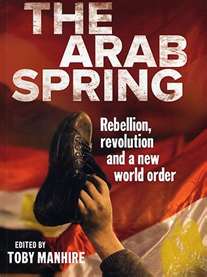 Center for Security Policy Senior Fellow Clare Lopez cites chapter and verse from the Quran to explain that crucifixions are not simply normal for Islam; they’re demanded.

“Crucifixion is a hadd punishment, stipulated in the Quran, Sura 5:33, and therefore an obligatory part of Shariah,” Lopez said. “It’s been a traditional punishment within Islam since the beginning, even though it’s not exclusively Islamic. The Romans used it too.

“So, the Egyptian Muslim Brotherhood haven’t the option to not include crucifixion within their legal code. It’s obligatory to comply with Shariah. And yes, it’s for shock value also to be sure,” Lopez said.

Lopez includes a warning for Egypt’s Christians and compares the coming treatment of the Christians to the Jews in Germany.

“The Copts must get out of Egypt as soon as possible – for the many millions who will not be able to get out, I expect things will continue to deteriorate – just as they did for Germany’s and Europe’s Jews from the 1930s onward,” Lopez said.

“The warnings were there long before the ghettos, and round-ups, and one-way train trips to the concentration camps began in the 1940s,” Lopez said.

Author Pamela Geller of Atlas Shrugs, an analyst of the Middle East and Islam, fully agrees and also cites the Quran.

“The Christians are in serious trouble because the Quran in Sura 9:29 commands Muslims to wage war against them and subjugate them, and they’re also identified with the hated West and the U.S.,” Geller said. 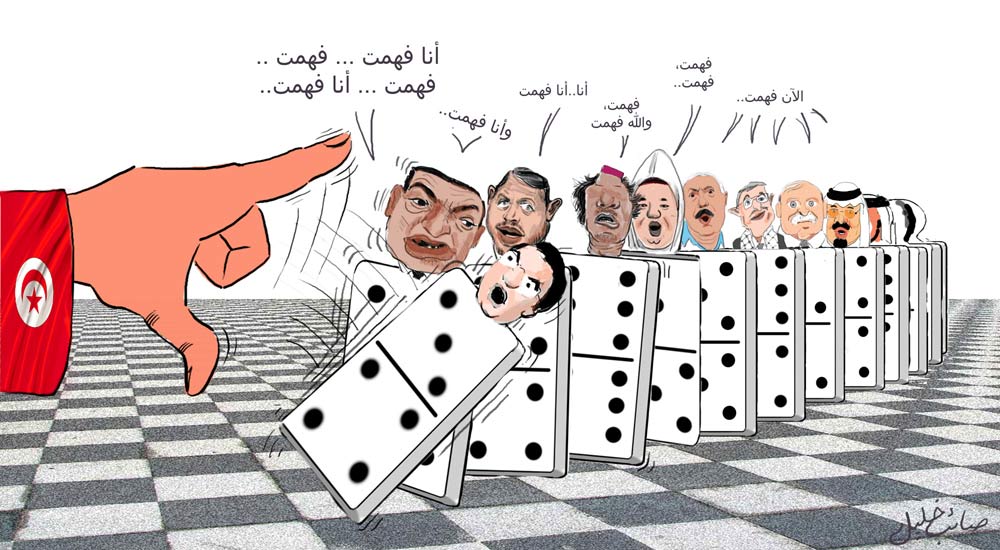 “These are Islamic hardliners who do everything by the Quran. The Quran says, ‘Indeed, the penalty for those who wage war against Allah and His Messenger and strive upon earth [to cause] corruption is none but that they be killed or crucified or that their hands and feet be cut off from opposite sides or that they be exiled from the land,” Geller said.

International Christian Concern’s Middle East analyst Aidan Clay believes there is a relationship between the recent attacks on the regime’s enemies, a recent Sinai military skirmish and Morsi’s moves against the ranking generals.

The “Sinai Skirmish” involved suspected Hamas guerrillas trying to cross into the Gaza from Egypt. The Israeli Defense and intelligence learned of the attempted crossing in advance and stopped the incursion. Sixteen Egyptian border guards were killed in the attempted Rafah border crossing incident.

“It’s hard to believe that President Morsi could have dismissed Field Marshall Mohammed Tantawi without the help of lower-ranking military officers. The military’s sense of prestige, which millions of Egyptians still take great pride in, took a battering following the militant attack in Sinai that killed 16 soldiers,” Clay said.

“The military should have been prepared for the attack. Israel was. And the blame has largely been placed on Tantawi for his negligence and for embarrassing the military establishment,” Clay said.

Lopez agrees that Israel’s preparedness is a slap against the Egyptian army.

“That border skirmish that resulted in deaths of Egyptian border guards was known ahead of time by Israeli intelligence, which warned their Egyptian military counterparts,” Lopez said.

She notes that Israeli intelligence avoided contact with the Muslim Brotherhood in the incident because the attacks were a Hamas plot.

Lopez adds that even after notification, the Egyptian army didn’t act. 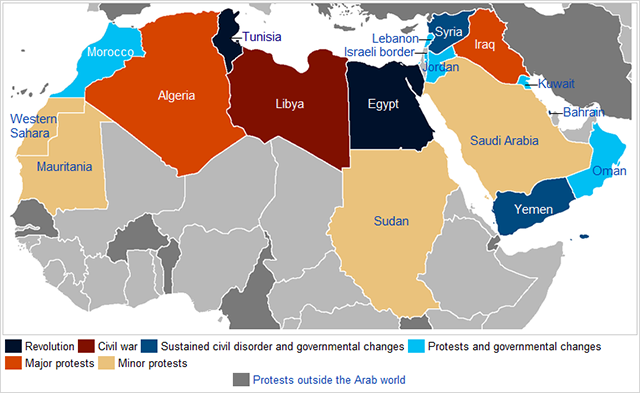 She adds that Morsi wasted no time in responding to the “crisis.”

“Morsi jumped on the incident as the perfect reason to purge the top ranks of the Egyptian military, install his own MB-sympathizers in positions across the top, chief of staff and intel chief,” she said. “Some call it an internal coup d’etat – and I agree. It put Morsi in sole control of the legislative branch (there is no parliament right now) and in control of the political power in Egypt. The new defense minister is a Muslim Brotherhood sympathizer. Things are moving very fast.”

Clay says there are mixed feelings among the military top brass in Egypt. He says some of the brass still support Tantawi; some called for change.

“While many senior military officers maintained their support for Tantawi, his reputation took a dive among many younger officers who saw the need for a replacement. It wasn’t just the attack in Sinai that led to this, but the military’s reputation has been on the decline since a few months following the country’s uprising early last year,” Clay said.

“For some, the Sinai attack was the final straw and Morsi may have viewed it as an opportune time to remove Tantawi and other high-ranking officers from key positions,” Clay said.

“Furthermore, Morsi, not the military, took the lead in responding to the Sinai attacks. In doing so, while also forcing Tantawi out of his cabinet, Morsi has set a precedent that it is he who decides who runs the army,” Clay said.

“While the generals will still advise Morsi, he can decide whether or not to listen to them. It’s apparent that Morsi is quickly becoming Egypt’s sole leader which means control of the country will be in the hands of the Muslim Brotherhood,” Clay said.

However, Geller believes that Morsi had a second motive for his action. 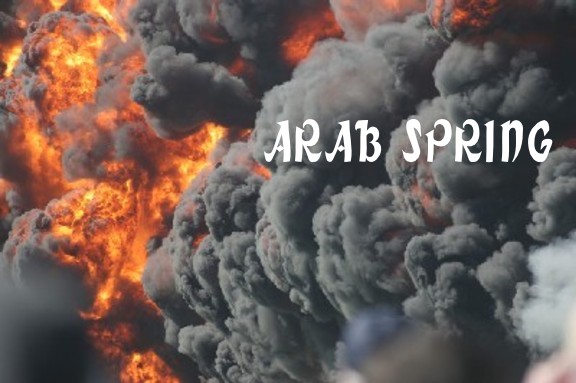 “I suspect that Morsi’s action was timed in part to forestall any further military action against the jihadis,” Geller said, adding that the results will make Egypt’s government more monolithic than it already was.

“Morsi is instituting a reign of terror to consolidate his power,” Geller said.

“Morsi certainly wants absolute control. The Egyptian army have never been saints, but Morsi will broker no checks to his power as the Muslim Brotherhood writes a constitution and imposes its dream of an Islamic state on Egypt,” Rubin said.

Lopez says this all means that Morsi is shedding his “moderate” veneer.

“The point I would make is that Morsi is not bothering to play ‘moderate’ any more. He’s moving very aggressively to consolidate power for the Muslim Brotherhood,” Lopez said.

She adds that Morsi is now free to act without any concerns for public opinion.

“He doesn’t seem to care who thinks what anymore. He knows he’s got the USG and president in his corner no matter what he does. He doesn’t have to pretend, no need for ‘plausible deniability.’ He also knows he’s got the majority of the Egyptian people behind him,” Lopez said.

Rubin believes, however, that Morsi will still try to play the “moderate” to continue to gain U.S. support. 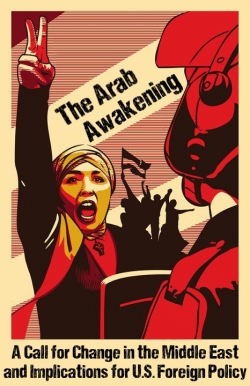 “Morsi is going to play the moderate and the mediator for the world media, all the while complaining that he can’t take more forceful action against the extremists because the radical fringe won’t allow him to do more,” Rubin said.

“It’s nonsense, of course, but still an explanation that will satisfy American diplomats, safe behind the walls of their compound,” Rubin said.

Lopez adds to Rubin’s explanation, but points to the White House as the main cheerleader for the Morsi and the Brotherhood.

“This is exactly what many of us expected him to do (consolidate power) and I think the White House knew, too, and not only expected but wanted Morsi and the Brotherhood to take over Egypt,” Lopez said.

“As far as I know, the White House invitation for Morsi in September still stands – nor have I heard the slightest hint of criticism from any top U.S. government leadership figure about Morsi’s coup. He knows he’s on solid ground with this administration,” Lopez also said. 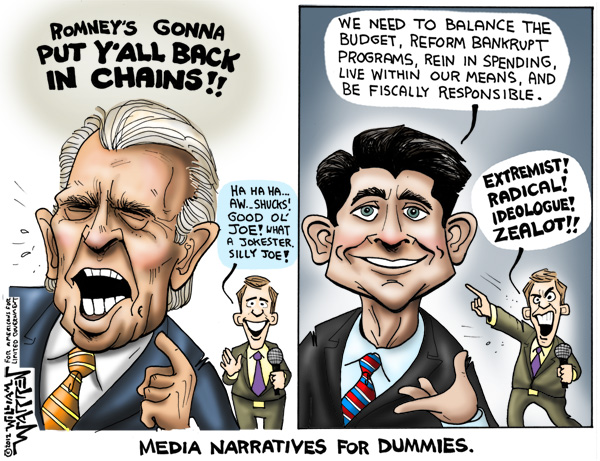 Media Narratives for Dummies - Politically Incorrect Cartoon for August 17, 2012
archives most recent
More from Beliefnet and our partners
previous posts