Muslims Attacking People Walking Their Dogs, This Is Sharia

BNI has reported on the shocking rise in pet dog  poisonings near Muslim areas of Europe and in Muslim-majority countries. Now, Muslim hatred of dogs has become violent, with several attacks on people walking their dogs in the park. When police arrive to help, they are attacked by Muslims, too.

(Photos below are of dogs allegedly poisoned/killed by Muslims – several have been removed, too graphic)

AlertaDigital reports that incidents of Muslim attacks on Spaniards is increasing, particularly in Catalonia and other parts of northeast Spain, where illegal Islamist immigration is reaching alarming levels. The Muslims are taking over previously tolerant and Westernized areas of Spain, even imposing their morality on the indigenous Spanish population.

Islam vs Europe The name Tarrasa should be familiar to those tracking the re-Mohammedanisation of Spain. It was there that parents recently wrote a public letter complaining their children were not allowed to eat ham sandwiches by their Muslim classmates. An imam in a local mosque famously told his flock to beat their disobedient wives. Now the Islamic sickness is spreading further. Spaniards are being harassed and beaten up for walking their dogs.

In a recent incident a 27-year-old man taking three dogs for a walk along with his 49-year-old mother was attacked by a mob of 25-30 Muslims from North Africa. “We were there with the dogs and suddenly loads of Muslims appeared. They hit my son a lot and they shook me”. The police were called but the Muslims attacked them too and reinforcements had to be called in. Eventually, the police managed to get the family into a doorway and were able to protect them there.

“On Saturday night two Muslims [female] hit my niece. They attacked her because they want this plaza for themselves”. “They said daughter of a whore, b**** to her,” she adds because she was walking with an “impure animal”.

The outcome of this brawl resulted in two officers injured and four (Muslims) detained. The attacked family turned to Alerta Digital to express their fear of reprisals from the Muslims. Even during the brawl, the Muslims threatened them with cutting their necks, all this in the presence of the officers, who were just looking numbly.

Oh, but that’s in Spain.  It won’t happen in America.  How about Canada: Man arrested for walking dog near Muslims in public park by creeping ( I found this after I posted the above and added it for the message broadcast.)

This is sharia folks. via Blazing Cat Fur: Arrested for walking my dog….

“I was arrested at the rally for, “offending Islam” by walking in a PUBLIC park with my dog. Apparently, Muslims do not like dogs. I was warned by a few demonstrators not to go near them. Of course I ignored them and reminded them this is Canada, not Pakistan. Well I was assaulted and returned the favor in kind.

At that point I was jumped by four COPS, dragged off and hand cuffed. Oh my the police were so angry! They said I was, “insensitive” and “inciting a riot”. 30 minutes later they cut me a big deal. No charges if I left. So I left. Imagine this happening in Canada? Walking a licensed dog on a leash at the park in front of our Provincial Legislature and being arrested for that simple act!”

Comment left on YouTube …
Yes you can do all those things and more. Again, he was NOT asked to leave by the POLICE who are the ONLY ones who have the authority to ask. He was told to leave by a demonstrator, then when he did start to leave he was followed by that person then assaulted. If the police wanted him to leave they would have made him leave LONG before the assault happened. NO one has the right to tell anyone to leave an area that is PUBLIC. What DON’T you get about that?

Scenes from Al Quds Day Around the World.

You will be hard-pressed to find Muslims who disagree with the philosophy of the Muslim terror brigade that bears the same name of the rally:

Founding Philosophy: The al-Quds (Jerusalem) Brigades are the armed wing of Palestinian Islamic Jihad (PIJ). The al-Quds Brigades were previously known as the Sayf al-Islam Brigades and then al-Qassam. Unlike some terrorist organizations such as Hamas and Hezbollah, the PIJ does not maintain both an armed organization and a separate network for social and political services. Therefore, there is not a significant difference between the al-Quds Brigades and PIJ as a whole.

According to an al-Quds Brigades commander, the military wing of PIJ has regional staff commands. Every member of the staff command is responsible for a cell that operates within the command’s region and is at the head of a pyramid in that cell. The staff commanders monitor and carry out operations based on political decisions made by the PIJ leadership. All coordination among the cells takes place through the staff command.

The al-Quds Brigades’ umbrella organization, PIJ, is a violent offshoot of the Muslim Brotherhood, a Sunni Islamist religious movement that originated in Egypt and seeks broad social, moral, and political reforms based upon Islam. The PIJ is one faction within a loosely organized, highly secretive group of Islamic Jihad movements that span the Middle East.

The PIJ was founded in the late 1970s by a group of radical Palestinian activists living in Egypt led by Fathi Shaqaqi and Sheikh Abd al-Aziz Awda. Shaqaqi and Awda believed that the Muslim Brotherhood movement had become too moderate and had abandoned the Palestinian cause. PIJ believes that the annihilation of Israel and liberation of all of Palestine are prerequisites for recreating a pan-Islamic empire. PIJ stresses that the Arab-Israeli conflict is not a national dispute over territory but rather a fundamentally religious conflict. The group rejects any political arrangements or diplomatic activity to solve the conflict. PIJ believes that jihadist violence will inspire Palestinians to action and lead to the eventual destruction of Israel.

DISCLAIMER: Beliefnet puts paid advertisements on “Watchwoman on the Wall” blog site including some that would never be approved of by the King James Bible, Pastor Ernie Sanders of Doers of the Word Church, What’s Right-What’s Left Radio Ministry, the Voice of the Christian Resistance, Geauga County Right to Life and Donna Calvin.  We at www.WRWL.org do not condone, endorse, adhere to, practice or believe in many of the topics and some of what other bloggers promote or their religions at Beliefnet.  However, Mrs. Calvin has no control of what Beliefnet displays.   She blogs at Beliefnet because she is in the missionary field ministering to true believers posting articles and commentaries informing pro-life, conservative Christians of recent anti-Christian acts and hostile legislation to God’s Agenda and His Will for the world.  Hopefully, unbelievers will read these along with the salvation message of Jesus Christ as written in the Gospel of John, Chapter 3, according to the King James Bible, and be saved.  A missionary must go into the unbelievers’ territory to reach them.  Her mission is to Proclaim Warning to a Nation that has forgotten their Lord and Savior Jesus Christ, the only Truth, the Life, and the only Way to the One God the Father. (Posted 08/24/12) 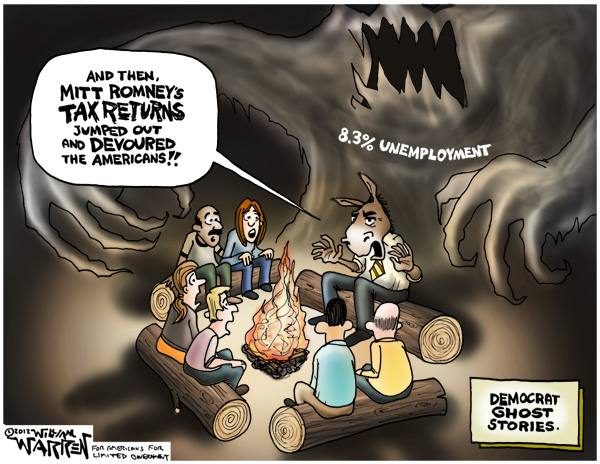