The following article Ken Backwell addresses the “Downward” direction proposed for the institution of marriage by the Democratic Convention. However, this week the Republican National Committee Platform Committee reinforced “true marriage” by rebuffing efforts to weaken the definition of traditional marriage.

By Ken Blackwell, Contributing Author: The progressive mindset is set. It believes that whatever it pursues at the moment must be progress. Think Progress is one of the groups that is convinced progress is achieved by the right people thinking the right thoughts. Or, the right people thinking the left thoughts. “We are the people we’ve been waiting for,” said candidate Obama four years ago. Better to wait for Godot.

The president’s re-election slogan is an expression of this mindset. Forward. Just that one word. It’s not as bad perhaps as MSNBC’s “Lean Forward.” Imagine you’re on a cliff, looking over into the vast chasm below. And someone at MSNBC gets the bright idea: Lean forward. We are all on that cliff. The combination of the largest tax hikes in history with the most draconian federal spending cuts is confronting us with what many have called “Taxmadgeddon.”

The most fatuous application of Forward. has to be the Democratic Convention’s plans to end marriage as we know it. Determined to do follow what is “inevitable,” very liberal delegates will embrace platform proposals that will spell the end of marriage. Do they fully realize what they are doing?

Jonathan Turley may not be a delegate to the Democratic National Convention in Charlotte, North Carolina, but he understands something about constitutional law. This George Washington University law professor told an overflow crowd at the Newseum in 2008 that granting marriage rights to same sex couples would lead to polygamy. “And I’m for that,” he said. He was wildly cheered by the hundreds of progressive congressional staffers, government attorneys and journalists in attendance. To understand how the one leads ineluctably to the other, we have only to consider the LGBT designation. If two persons of the same sex can marry, how can you fairly stop a person who identifies as bisexual or who has undergone a sex change operation from marrying persons of both sexes?

If your only requirement for a marriage is that people love each other, have a committed relationship to each other, and that they give their consent, then you cannot bar twins from marrying. Once you’ve permitted identical twins to marry, how can you bar twin brother and sister from marrying? They love each other. They have a committed relationship. None of us has had such a biological bond since before birth with our own spouses.

Vice President Biden voted for the Defense of Marriage Act as a U.S. Senator. Now, of course, he says that he is not influenced by his many years as Chairman of the Senate Judiciary Committee. Instead, he takes his guidance on marriage from Hollywood, specifically from the comedy series, Will and Grace. If Hollywood producers are to set the standard for constitutional law in our country, then marriage will be ended, to be sure. For Hollywood has given us another series, Big Love. It’s an HBO production about polygamy. It’s pretty favorable toward polygamy, they tell me. Following in the train of Hollywood is The Advocate, America’s leading gay publication. The Advocate in 2006 featured a cover story titled Big Gay Love. It was a knockoff of the HBO series.

Is this really where Democrats want to go? Do their very progressive delegates think the voters at the grassroots will approve their lurch to the progressive extremes? Democratic delegates will be meeting next month in Charlotte. The state of North Carolina voted in May to uphold true marriage. All the polls said voters in the Tarheel State might give true marriage a 55%-39% affirmation. Actually, when the real votes were cast, the strength of true marriage was even greater–61%-39%. This is a pattern that holds up all over America. True marriage has consistently won over counterfeit marriage. And the margin when voters vote is consistently greater than when pollsters poll.

Minorities give strong support to true marriage. In North Carolina, black and Hispanic voters provided the winning margin for marriage. Something else Democrats should consider before voting to end marriage: In North Carolina, 49% of Democrats voted for true marriage. The polls could not measure voter intensity, but imagine how strong must be the pro-marriage sentiment at the grassroots if 49% of Democrats defy such party bigwigs as President Obama, Vice President Biden, and former President Bill Clinton. 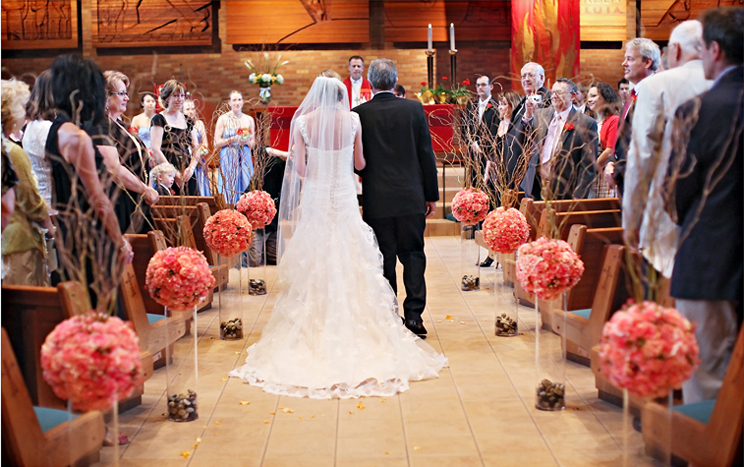 True marriage is a lot more popular than either of our political parties. We have urged Republicans to stand firm for marriage and applauded them when they do. But we also urge them not to hide their light under a bushel. Marriage is not a wedge issue, it’s a bridge issue. It’s the way Republicans can embrace minorities and immigrants. We appeal to Democrats to step back from that brink. If you care about the poor, don’t end marriage. Marriage is the best social program for economic and educational uplift for the poor. Even the liberal Brookings Institution tells us if a young person will avoid having a child out of wedlock and graduate from high school, the chances of that young American living in poverty are only 4 percent!

Is ending marriage really Forward? Or is it Downward? This is not the first time our parties have dealt with the marriage issue. The Republicans wrote their first party platform in 1856. In that earliest appeal to voters, the party termed Slavery and Polygamy the “twin relics of barbarism.” Pretty tough language for a new political party. They didn’t win that year, but they did take their place as America’s second party. And with a strong pro-marriage plank, they were poised to capture the White House with Abraham Lincoln just four years later.

Earlier this year, the Presbyterian Church-USA and the United Methodist Church–two very liberal denominations — voted to uphold true marriage. It was something of a surprise. Many commentators thought ending marriage in these denominations was “inevitable,” too. But African, Korean, and Latino affiliated churches and minority delegates at home pulled the church groups back from the brink.

Democrats can do this, too. Ending marriage is not Forward. It’s Downward. Pull back in time.
—————

Ken Blackwell is a conservative family values advocate. Blackwell is a senior fellow at the Family Research Council. He is the co-author of the new bestseller: The Blueprint: Obama’s Plan to Subvert the Constitution and Build an Imperial Presidency. He is a National Federation of Republican Assemblies board member and a contributing author to the ARRA News Service.

Link to the ARRA News Service.