Watchwoman’s Editorial: In times when it is becoming the norm to hear of another breaking news alert about another mass shooting at a school – and it is no longer just in the poverty-stricken, drug-infested ghettos – but in the well-educated, affluent suburbs, we are still scratching our heads and wondering why? Here’s why! It’s the result of what our children are being taught in schools! Teachers force students to read extremely violent books filled with language no decent human being should use. The words “Jesus Christ” are considered a threat and yet our children are forced to read, evilness that includes, “I’ll f***in’ kill you!” as parents found in their 14- year-old son’s assigned book named“Robopocalypse” by Daniel Hardin. One sentence on page 79 reads, “I swear to God and all his cronies, darling I’ll…”  The sentence continues with the “f” word followed by “kill you.”Similar profanity appears throughout the book, in addition to descriptions of violence. The book is described on the back cover as a “terrifying tale of humanity’s desperate stand against a robot uprising.” America public government education system has long-ago been hijacked by a profane group of anti-American communists who want to intentionally destroy our way of western life. What else can we expect but to see children murdering other children when they read “I’ll f***in’ kill you!” approved by their curriculum with the approval of their elders; in fact, under the force of teachers whom they are taught to respect and obey! Until America repents and the Church of Jesus Christ becomes bold and speaks as a united front, with pastors, priests, rabbis, ministers and lay people all marching in protest against these evildoers who have taken over the educational system in the USA, we will not see change, except for it to worsen and get more dangerous and violent. It won’t matter who we elect into office. The Church has to step up and the Church must speak against ruining our children. For God’s sake, for your sake, for your children’s sake, make whatever sacrifice you must, but get your children out of unsafe, evil schools hellbent on ruining their minds. Read your children’s books. Sit in their classes – and most of all get your children out of any public government school and make whatever sacrifice it takes to homeschool them! Your children are worth the sacrifice! Your children are being abused in schools – and it’s no longer just public schools. This was a school specializing in math and science. Parents you have to wake up and understand what it is that they are doing to your children – or you will lose them to the evilness they are teaching that is normalized and mainstreamed by authority figures in far too many schools. WAKE UP! You may even lose them to some other child who believes and carries out: “I’ll f***in’ kill you!” ▬Donna Calvin ▬ Tuesday, August 14, 2012

II. THE 45 COMMUNIST GOALS AS READ INTO THE CONGRESSIONAL RECORD, 1963 posted  Friday April 29, 2011
BE SURE TO NOTE THE FOLLOWING:
#17. Get control of the schools. Use them as transmission belts for socialism and current Communist propaganda. Soften the curriculum. Get control of teachers’ associations. Put the party line in textbooks.
#18. Gain control of all student newspapers.
#19. Use student riots to foment public protests against programs or organizations which are under Communist attack.
#24. Eliminate all laws governing obscenity by calling them “censorship” and a violation of free speech and free press.
#25. Break down cultural standards of morality by promoting pornography and obscenity in books, magazines, motion pictures, radio, and TV.
#26. Present homosexuality, degeneracy and promiscuity as “normal, natural, healthy.”
#27. Infiltrate the churches and replace revealed religion with “social” religion. Discredit the Bible and emphasize the need for intellectual maturity which does not need a “religious crutch.”
#28. Eliminate prayer or any phase of religious expression in the schools on the ground that it violates the principle of “separation of church and state.”
THERE ARE MANY MORE GOALS JUST AS DANGEROUS AND RELEVANT AS THE FEW HIGHLIGHTED ABOVE. PLEASE READ THE REST CLICK BELOW ↓
http://blog.beliefnet.com/watchwomanonthewall/?p=37

At least two parents in West Knoxville, Tennessee, are up in arms over an “inappropriate” reading assignment that was given to high school students at Hardin Valley Academy over the summer. The book at the center of the debate, “Robopocalypse,” written by Daniel H. Wilson, is said to be, at times, both profane and violent.

One of the lines in the book, for instance, allegedly reads, “I swear to God and all his cronies, darling I’ll f**king kill you.” It is this sort of sentiment that has parents outraged.

Sam Lee, the parent of a 14-year-old student at the school, believes that “Robopocalypse” should not be a part of the curriculum. While he doesn’t hold the author responsible for writing the story, Lee is angry with district officials who assigned it to youths. His wife first discovered the questionable content when sifting through the book earlier this month.

“My child is being forced to read profanity. This is not something that kids are talking about. It’s an assigned assignment,” Lee told WBIR.com. ”We want our kids to be civilized citizens and be upcoming members of community, and this does not serve that purpose.” 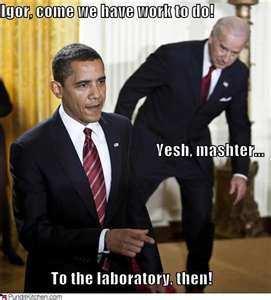 Biden on Romney: ‘They’re going to put y’all back in chains’
archives most recent
More from Beliefnet and our partners
previous posts