The host committee for the Democratic National Convention is raising a number of eyebrows after choosing to proceed with featuring Islamic “Jumah” prayers for two hours on the Friday of its convention, though Democrats earlier denied a Catholic cardinal’s request to say a prayer at the same event. 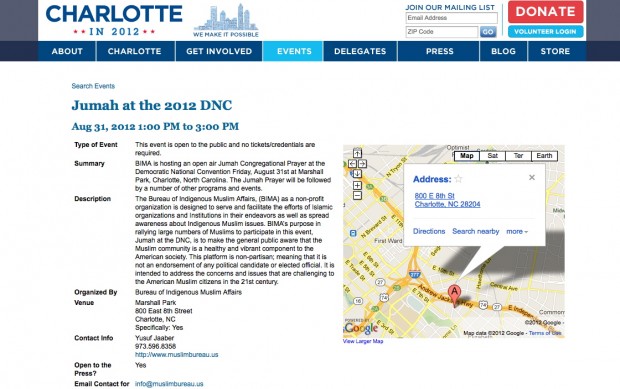 Watch the promotional video via the Bureau of Muslim Affairs, which claims it is hosting the event “at the Democratic National Convention.”

The first two minutes are rather dry, but around 2:04 a muezzin sings the call to prayer with an American flag background, and the video “picks up” considerably:

Up to 20,000 people are expected to attend the Friday prayers and Jibril Hough, a spokesman for the Bureau of Indigenous Muslim Affairs (BIMA), said the purpose of the event is to hold political parties accountable for the issues faced by Muslim-Americans.

In particular, the event will target the Patriot Act, the NYPD, the National Defense Authorization Act, and anti-Shariah sentiment. 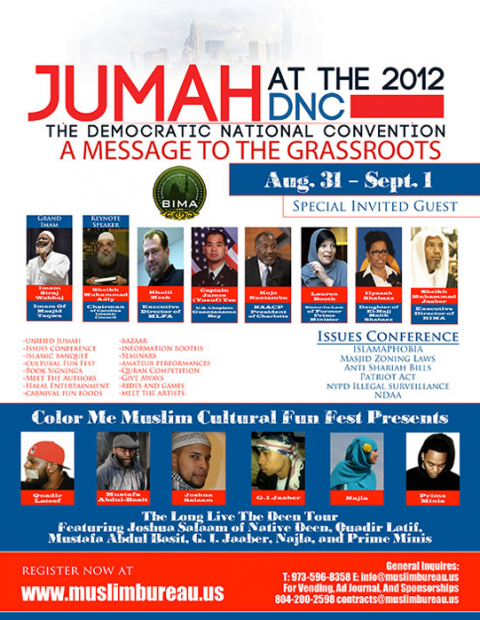 And while Muslim-Americans undeniably face distinct challenges, those who are well-informed on the dangers of radical Islam are expressing their doubts.

Dr. Zuhdi Jasser, a devout Muslim and the Founder and President of the American Islamic Forum for Democracy, wrote:

The leaders of this event – Jibril Hough and Imam Siraj Wahhaj [are not] moderates. They are radicals. These individuals embrace Islamist supremacy and have demonstrated support for radical ideologies.

A quick Google search by the DNC would have shown them that Hough and Wahhaj are leaders in the separatist American Islamist movement. While they may be able to get a few thousand Muslims to attend the event, they are NOT going to be mainstream Muslims.  Most will likely come from Hough and Wahhaj’s radical networks that have long been entrenched in the Charlotte area. Make no mistake they are part of the Islamist movement.

Their jummah (group) prayer is…about empowering their Islamist and MB sympathetic groups into the very fabric of the political system so that Americans become anesthetized. We need American Muslims to speak up and marginalize these radicals. The DNC needs to understand and reject them because of their radical history and ideas. 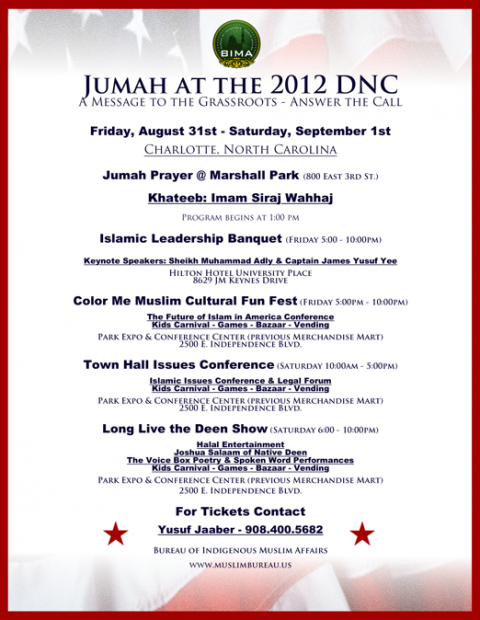 The mosque of Jibril Hough, mentioned by Dr. Jasser, is owned by the North American Islamic Trust, which was named as an unindicted co-conspirator in the Holy Land Foundation trial as one of the entities “who are and/or were members of the U.S. Muslim Brotherhood.”

Siraj Wahhaj, the “Grand Imam” for Jumah at the DNC, is often considered a “moderate” because he was the first Muslim to give an invocation in the U.S. Congress, but as Robert Spencer notes, he has a number of troubling ties to dangerous radicals.  In the early 1990′s the man reportedly sponsored talks by “the Blind Sheikh” Omar Abdel-Rahman in New York and New Jersey mosques, and told his followers that the United States will fall unless it “accepts the Islamic agenda.”

Wahhaj elaborated, according to bestselling author Brigitte Gabriel, to say: “If only Muslims were clever politically, they could take over the United States and replace its constitutional government with a caliphate.”

He continued: “Take my word.  If 6-8 million Muslims unite in America, the country will come to us.”

When an imam like Siraj Wahhaj says “it his duty and our duty as Muslims to replace the US Constitution with the Quran…we need to speak up!” Dr. Jasser reiterated in response, adding that Americans “should be concerned” if this is who the DNC is “consorting with.”

Robert Spencer speculates that the Democrat National Committee is simply so “in thrall to multiculturalism” that “few, if any” are even aware of the radical connections.

“To raise any concerns about such a speaker would be ‘Islamophobic,’ violating every rule of the anti-American, anti-Western ethos that prevails among so many Democrats today,” Spencer writes.

He concluded: “There is about as much chance of that as there is of the Democrats ditching Obama and nominating David Horowitz as their candidate for President of the United States.”

*The “Charlotte in 2012” page was established by the city of Charlotte to help coordinate the DNC. It advertises itself as “the official location for all the latest news, information and ways to get involved.” It is also the official website for the host committee. Additionally, all events listed on the site have to go through an approval process.

Though Cardinal Dolan was originally not going to speak at the DNC, on Monday it was announced that he will now be giving the closing prayer.

DISCLAIMER: Beliefnet puts paid advertisements on “Watchwoman on the Wall” blog site including some that would never be approved of by the King James Bible, Pastor Ernie Sanders of Doers of the Word Church, What’s Right-What’s Left Radio Ministry, the Voice of the Christian Resistance, Geauga County Right to Life and Donna Calvin.  We at www.WRWL.org do not condone, endorse, adhere to, practice or believe in many of the topics and some of what other bloggers promote or their religions at Beliefnet.  However, Mrs. Calvin has no control of what Beliefnet displays.   She blogs at Beliefnet because she is in the missionary field ministering to true believers posting articles and commentaries informing pro-life, conservative Christians of recent anti-Christian acts and hostile legislation to God’s Agenda and His Will for the world.  Hopefully, unbelievers will read these along with the salvation message of Jesus Christ as written in the Gospel of John, Chapter 3, according to the King James Bible, and be saved.  A missionary must go into the unbelievers’ territory to reach them.  Her mission is to Proclaim Warning to a Nation that has forgotten their Lord and Savior Jesus Christ, the only Truth, the Life, and the only Way to the One God the Father. (Posted 08/28/12) 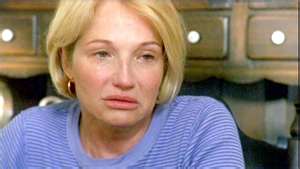