Give Barack Obama points for consistency: he has always blamed Bush for the economy, even when it was humming along. In April 2003, Obama, then a state senator, attacked George Bush’s “attack on working families.” He called on Bush to “fix up the economy first” before he did anything else, like tax cuts. (Chinta Strausberg, “Obama to Bush: Fix up U.S. Budget First,” Chicago Defender, April 15, 2003).

Obama was particularly incensed by those tax cuts, telling the Chicago Defender, “If you don’t make $300,000 or more, you won’t benefit from this tax break.” He continued: “In the meantime, the tax cuts will create perpetual deficits and further depress an already bad economy. It will also prevent the funding of education programs, the job training programs that could put people back to work.”

Given the bad economy in 2003, Obama predicted that Bush would only be re-elected thanks to his “spin-masters, who are very good on focusing the public’s attention on the war in Iraq, and they will do their best to keep the focus away from the economic disaster that is occurring in our communities.”

Obama suggested that Democrats make a “clear and convincing case for an alternative economic strategy,” a foreshadowing of how he would be different.

In May 2003, he continued his attack on Bush and called on the Senate to “resist” Bush’s “unprecedented $300 billion deficit,” which, he alleged, was retarding growth. (“Obama Urges Congress to Resist $300 Billion Deficit,” Chicago Defender, May 14, 2003). His attack made front-page news in the Defender, one of the main African-American newspapers in the city, as he prepared for his run for the U.S. Senate in 2004.

The $300 billion deficit, he said, “underscores the recklessness of the George W. Bush administration and the Republican Congress.”

But Obama was wrong. Instead, the economy expanded for thirty-five straight months. While Obama attacked Bush’s $300 billion deficit, today, Obama’s deficit is $1.8 trillion, an order of magnitude larger. Thanks to the Bush tax cuts, the economy boomed and unemployment reached a trough of 4.4% in March 2007. In fact, Obama’s unemployment rate has been far higher than—and sometimes double—Bush’s.

Blacks and Hispanics especially were suffering in the new economy. “It is clear that job growth in the African-American and Hispanic communities has not mirrored that of other communities,” he told the Defender in February 2000. “We are not getting the high skill/high wage opportunities.” But if black unemployment was bad in 2000, which boasted a record-low black unemployment rate of 7% in April, it was going to get a whole lot worse under Obama. Indeed, the first black president inherited a black unemployment rate of 12.6% and saw it grow to 14.4% in June 2012, the latest figures available.

In August 2003, Obama continued to be “stunned” at the projected Bush deficit and what he perceived as the general poor economic policies of the day. “I think this is a testimony to the destructive and misguided fiscal policy of the Bush Administration.” Obama might well have been talking about himself. 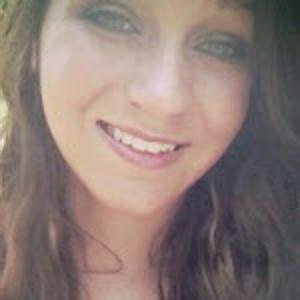