Muppets: ‘Our CEO is personally a strong supporter of gay marriage’ 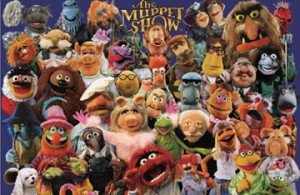 The Jim Henson Co., owner of the widely promoted Muppets characters, says it won’t be working with Chick-fil-A any more based on the statement of Christian faith from the restaurant chief that he does not endorse homosexual marriage.

“The Jim Henson Company has celebrated and embraced diversity and inclusiveness for over 50 years and we have notified Chick-Fil-A (sic) that we do not wish to partner with them on any future endeavors,” said a Facebook statement from the company. “Lisa Henson, our CEO, is personally a strong supporter of gay marriage and has directed us to donate the payment we received from Chick-Fil-A (sic) to GLAAD [ a homosexual promotion organization].”

But one had to read only a few lines in the comments section of the Facebook posting for the crux of the issue became focused.

“I love the double standard that Jim Henson’s company is expressing by not … accepting Christians’ belief in the biblical definition of marriage,” wrote Valorie Phillips.

Added Michele Sparacino, “Lisa Henson you support gay marriage, however Chick-fil-A did not ban giving your toys out. So why would you ban Chick-fil-A. I know for a fact they hire gay people. They just do not believe in same sex marriage… Is that not there (sic) freedom of speech.”

The dispute developed after Dan Cathy, the chief of Chick-fil-A, which was begun by his father, Truett Cathy and now is a $4 billion-plus a year business, recently gave an interview to The Baptist Press and said, “We are very much supportive of the family – the biblical definition of the family unit. We are a family-owned business, a family-led business, and we are married to our first wives. We give God thanks for that.”

The Henson company, which had been working with Chick-fil-A on a promotion of kids toys for kids meals, then erupted with what one outspoken traditional marriage supporter described as “fundamental intolerance of Christians.”

That’s from Peter LaBarbera, of Americans for Truth, who advocates for traditional marriage and defends against the attacks on Christian beliefs that come from homosexual activists.

“You cannot accuse Chick-fil-A of somehow going out of their way to bash homosexuals. It’s a consistently Christian company,” he said. Homosexual activists, however, he said, “cannot abide” the biblical proscription of homosexual behavior, and they have the same attitude toward those to following those teachings.

“You have to look at the history of the homosexual movement,” he said. “It’s all about intimidating. The reason they fear Chick-fil-A is it’s a popular, respected, growing operation.”

“That Cathy actually has the temerity to hold his own beliefs as a Christian [they believe] he has committed some sort of crime,” he said. 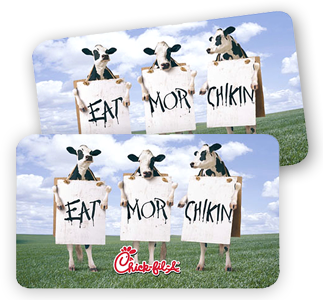 Activist Zach Stafford at the Huffington Post stood with the Muppets, noting a “vintage clip” of the Muppets showed a “pretty gay-friendly message from a cow. Interesting connection here is that cows are the mascots for Chick-fil-A.”

“In the video we see Gladys the Cow singing about the diverse possibilities of what all she could of been (sic) instead of a cow, but no matter the possibilities she is still so proud to be a cow. … Though the video does not have any explicit links to the LGBT community, I think we can see some clear similarities between Gladys’ song and the narratives we see around the LGBT community, coming out, and being proud of who you are,” he continued.

However, on the Henson Facebook page, Bill Dyer said it isn’t anything so complicated.

Henson’s company is just one more such company dependent on America’s families with children to adopt the politically correct support for homosexual behavior.

WND recently reported on the fact that General Mills CEO Ken Powell threw the support of the $15 billion food giant behind “gay” activists urging Minnesotans to deny a constitutional amendment in the state defining marriage as between one man and one woman.

See what the biggest companies in the nation are doing to promote homosexuality.

In June of 2009 President Obama declared June to be LGBT Pride month, and organizations from the Pentagon to cookie confectioners have been making news headlines for supporting Obama’s favorite cause ever since.

Brian Brown, president of the National Organization for Marriage, said the General Mills position in Minnesota “will go down as one of the dumbest corporate PR stunts of all time.”

“Marriage as the union of one man and one woman is profoundly in the common good, and it is especially important for children,” Brown said. “General Mills makes billions marketing cereal to parents of young children. It has now effectively declared a war on marriage with its own customers when it tells the country that it is opposed to preserving traditional marriage, which is what the Minnesota Marriage Protection Amendment does.”