Crystal Scott, the woman behind the disgraceful photo at Fairchild Air Force Base of two females in their Air National Guard uniforms with their infants suckling was fired.  One of them was feeding her twins.  She is extremely busty and the picture showed her completely exposed, which is completely unnecessary.  She could have covered up with a towel!  It’s obvious to anyone viewing the photo that the woman with the twins was purposely attempting to show off her breasts, much more so than her infants suckling.

Two of the images showed a pair of Air National Guardsman breastfeeding their children in unbuttoned airman battlefield uniforms. One of the women had her T-shirt pushed up over her bare chest while nursing twins.

Warning: The graphic picture can be seen at:
http://blog.beliefnet.com/watchwomanonthewall/?p=15649

Terran Echegoyen-McCabe and Christina Luna the women in the photo have been reprimanded because the photo “violated a policy that forbids military members from using the uniform to further a cause, promote a product or imply an endorsement,” the Air Force Times reported.

“The uniform was misused. That’s against regulations,” Captain Keith Kosik, a spokesman for the Washington National Guard, told the Air Force Times. “I can’t wear my uniform to a political rally, to try to sell you something or push an ideology. That was our point of contention.”

Jay Schryver, the company’s president, a provider of X-rays, EKGs, ultrasounds, and other medical digital imaging services, said that Ms. Scott was fired on June 1 for a just cause that had nothing to do with her being the director of the Mom2Mom organization.

Just Cause for Termination

Ms. Scott has been sought after by the media, personally and for promoting her cause in this controversial opportune format and it may be interfering with her ability to carry on her duties at Schryver Medical.

Jay Schryver, the president, issued a formal statement:
“Crystal Scott was terminated by the company on June 1st for various legitimate employment-related reasons. Amongst other things, on the day prior to her termination, Ms. Scott had clocked in to the company’s timekeeping system and had been assigned time-sensitive tasks that were wholly ignored. Thereafter, Ms. Scott ignored the company’s repeated attempts to contact her to inquire as to her whereabouts and status of her job assignments. When the company finally did get a hold of Ms. Scott, she informed them that she was sick and would not be working. Based on company records – including GPS data from a company van that had been assigned to her – Ms. Scott was actually at a local media outlet conducting personal business, on company time, using company equipment as transportation.” … “at no time did Schryver Medical tell Crystal Scott that she was terminated due to any ‘media attention,’ as that contention is simply not true.”

He said that Ms. Scott had been informed of her infractions “in detail, in writing,” and “at no time did Schryver Medical tell Crystal Scott that she was terminated due to any ‘media attention,’ as that contention is simply not true.” Ms. Scott promotes public breastfeeding with an overtly ambitious passion.

Scott’s blatant agenda to advance naked women breastfeeding shamelessly in public is not the epitome of motherhood. It is not helpful to the cause, but harmful. Privacy and modesty should prevail, not making a shameless display of womens’ naked breasts! That is not godly, righteous or proper for a decent, virtuous woman.

[2 Peter 1:1-9] Simon Peter, a servant and an apostle of Jesus Christ, to them that have obtained like precious faith with us through the righteousness of God and our Saviour Jesus Christ: [2] Grace and peace be multiplied unto you through the knowledge of God, and of Jesus our Lord, [3] According as his divine power hath given unto us all things that pertain unto life and godliness, through the knowledge of him that hath called us to glory and virtue: [4] Whereby are given unto us exceeding great and precious promises: that by these ye might be partakers of the divine nature, having escaped the corruption that is in the world through lust. [5] And beside this, giving all diligence, add to your faith virtue; and to virtue knowledge; [6] And to knowledge temperance; and to temperance patience; and to patience godliness; [:7] And to godliness brotherly kindness; and to brotherly kindness charity. [8] For if these things be in you, and abound, they make you that ye shall neither be barren nor unfruitful in the knowledge of our Lord Jesus Christ. [9] But he that lacketh these things is blind, and cannot see afar off, and hath forgotten that he was purged from his old sins.

Women Are Called To Be Modest, Not Making Bold Suggestive Gestures In Their Appearance

[1 Timothy 2:9-10] In like manner also, that women adorn themselves in modest apparel, with shamefacedness and sobriety; not with broided hair, or gold, or pearls, or costly array; [10] But (which becometh women professing godliness) with good works.

Alas, I’m anticipating Ms. Scott’s lawyer, Patricia (Pat) K. Buchanan, who has enjoyed litigating high-profile trials, including the Mary Kay Letourneau case, will soon be pursuing legal action on Scott’s behalf saying some how all this was discriminatory actions by Schryver Medical. Lawyers are good at that – especially in high profile cases.

That’s the purpose of many lawyers, is it not?

Who can forget Letourneau who was accused of raping her former student, a 17-year old boy when she was found to be pregnant with his child. That case was on the news 24/7 for months and months! Attorney Patricia Buchanan knows how to pick’em.

Media Circus On The Horizon!

Here in the U.S.A., we have more lawyers per square inch of territory than any other nation in the world! Some one has to support them, so it might as well be the company, Schryver Medical, that Ms. Scott worked for helping pay for another lawyer’s lavish lifestyle, aye?

It appears to me that this is another one of those “Rahm Emanuel Magic Moments!” Emanuel educates the opportunistic saying, “You never want a serious crisis to go to waste. And what I mean by that is an opportunity to do things you think you could not do before.”

First, the two Air National Guardsmen, Echegoyen-McCabe and Luna, who are blatantly using their military uniforms improperly in a “who cares” attitude. Maybe they were bored and wanted to do something edgy and exciting. What better way than to needle the status quo by breaking military protocol splaying their breasts nationally across the media!

Next, you have Crystal Scott, a woman with a cause who needs attention to get her organization plastered on the headlines 24/7 hoping for empathy for her cause by creating a public reaction that included, “Oh, those poor harassed military mommies who only want to serve their country and feed their babies.” She’s not a hick from the back country. She knows exactly what she’s doing. Do something so spectacular it goes viral – and that photo did!

Scott is enjoying her 15-minutes of fame, plus I’m quite sure, her media seeking lawyer will make certain it goes on a lot longer than 15 minutes.

For one, private enterprise. Schryver Medical hired Scott to do her job. It’s one thing to be sought after by the media, but quite another to use company vehicles and company time to meet with media people for her own advancement. And now Schryver Medical will likely find themselves in court. Scott has already hired a lawyer and who knows when she did that? Maybe even before the picture was ever published. We can only speculate. 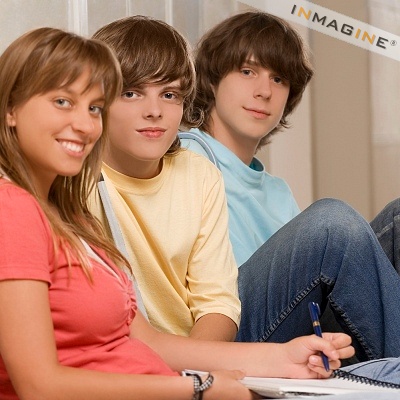 How about the babies being suckled? What good can this possibly do them when they’re 12 – 13 – 14 – 15 and their pictures sucking on mommy’s breasts are published all over the next generation of Social Media?

You and me? We had to look at this disgusting display and see our military humiliated and defiled.

God? His Law-Word prescribes modesty and virtuous behavior. Not one of these four women are practicing respectability.

(If links do not work, copy and paste into your browser) 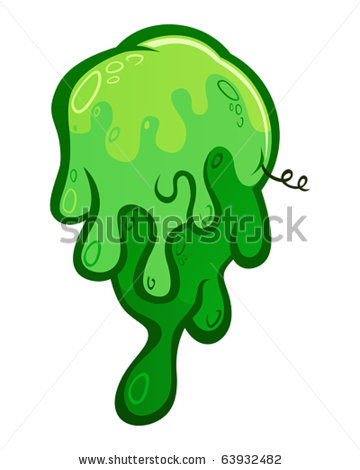