Mt. Soledad Cross Case Will Have to Wait for Supreme Court Hearing

The U.S. Supreme Court today turned down an appeal to hear a lawsuit over a veterans’ memorial cross near San Diego.

The 9th U.S. Circuit Court of Appeals in January ruled the cross, as it stands, violates the Establishment Clause of the U.S. Constitution, but sent the case back to a district court to find a suitable remedy. Opponents complained in 1989 that the memorial’s shape means the government is “endorsing” Christianity, since it sat on city property at the time.

In an unusual turn, Justice Samuel Alito issued a statement explaining his reasoning for voting against hearing the appeal at this time — but also pointing out that so far, there is no clarity on cases concerning memorial crosses maintained by government entities.

“Because no final judgment has been rendered and it remains unclear precisely what action the Federal Government will be required to take, I agree with the Court’s decision to deny the petitions,” Alito wrote. “Our denial, of course, does not amount to a ruling on the merits, and the Federal Government is free to raise the same issue in a later petition following entry of a final judgment.”

That could take years, said Jeff Mateer, general counsel for the Liberty Institute, which represents the group charged with maintaining the memorial.

Several cases involving memorial crosses for war veterans and state highway patrol officers have been argued over the last decade, but the Supreme Court has not heard most of them. In 2010, however, the Court ruled that tearing down a different California war memorial cross would be “interpreted by some as an arresting symbol of a Government that is not neutral but hostile on matters of religion and is bent on eliminating from all public places and symbols any trace of our country’s religious heritage.” In that case, the Court ruled that transferring the land on which the memorial stood from government to private hands satisfied the problem.

“As long as the law remains unclear, the ACLU and other separationist groups are going to continue to attack displays of religion in public,” Mateer said. They won’t stop “until the Supreme Court takes one of these cases and addresses it head-on, and says once and for all that there’s nothing wrong with public displays of religion in American society. When you attack religious symbols like crosses, and you demand that they be torn down, really you’re not being neutral. You’re being hostile to religion.”

FOR MORE INFORMATION
Read Justice Alito’s statement on turning away the case.

Read the 9th Circuit’s ruling on the cross.

Source: CITIZEN LINK – A FOCUS ON THE FMAILY AFFILIATE
http://www.citizenlink.com/2012/06/25/mt-soledad-cross-case-will-have-to-wait-for-supreme-court-hearing/ 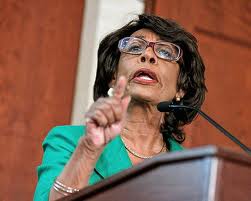 Maxine Waters Rips Tea Party: Let’s get it on!
archives most recent
More from Beliefnet and our partners
previous posts