By Donna Calvin
[Galatians 6:7]  Be not deceived; God is not mocked: for whatsoever a man soweth, that shall he also reap.

Watchwoman:  IN BRIEF   – – –    BREAKING NEWS!  (Or should I say NEWS THAT WILL BREAK YOU!) Wall Street suffered its bloodiest day of the year as U.S. stocks sank more than 2% following an ugly jobs report. The Dow erased all its gains for the year, dropping more than 270 points for the day.   The 10-year yield on U.S. Treasuries hit another record low after the jobs report showed only 69,000 jobs were added to payrolls in May. The unemployment rate ticked higher for the first time in a year, rising to 8.2%.

Before the main story below, I have included a few Links below to other news about our sinking economy … but first be sure to read the article below these links…

Obama has cursed the USA…And I warned you yesterday when that Federal Court struck down one man and one woman marriage.  See my warning . . .

Breaking News: Courts find in favor of sodomites marrying – another curse upon America

Look up ↑↑↑ watching for the fire and brimstone ↑↑↑ that may soon be pouring down ↓↓↓  Also, the Dem’s made sure to strike down the sex-selection ban on abortions that I wrote about yesterday entitled Pro-Life groups turn ‘war on women’ charge against Democrats .

Links to other very upsetting news items (Thanks, Obama! and thanks to all the sodomite judges!)

Feeble hiring by U.S. employers in May roiled markets and dimmed the already-cloudy outlook for an economy that appears to be following Europe and Asia into a slowdown.

Employers added a seasonally adjusted 69,000 jobs last month, the smallest increase in a year, and estimates for the two previous months were lowered. The politically salient unemployment rate inched up to 8.2% from 8.1% in April, and the report immediately became a flash point in a presidential race focused on the candidates’ job-creating credentials. President Barack Obama and Republican nominee Mitt Romney sparred over the numbers in back-to-back appearances where each made his case to voters.

Stock markets tumbled on the report. The Dow Jones Industrial Average notched its worst showing of the year Friday, falling 274.88 points, or 2.2%, to 12118.57. Investors snapped up U.S. Treasury bonds instead, pushing down yields to the lowest level on record yet again. The yield on the benchmark 10-year Treasury note finished at 1.467%. Bond prices and yields move in opposite directions.

The U.S. economy added just 69,000 jobs in May, less than expected, and the unemployment rate rose to 8.2%. Phil Izzo and Sudeep Reddy have details on The News Hub. Photo: AP.

Mr. Romney seized on the report as evidence Mr. Obama has mismanaged the economy. “The president’s policies and his handling of the economy has been dealt a harsh indictment this morning,” Mr. Romney said in an interview with CNBC.

Mr. Obama, speaking later at an event in Minnesota, called employment growth too slow but blamed Republicans in Congress for blocking policies he said would create jobs, such as tax credits for small businesses and measures to help homeowners refinance mortgages. The economy “is growing again but it’s not growing as fast as we want,” he said at a Honeywell International Inc. facility in Golden Valley, Minn. “We are still fighting our way back from the worst economic crisis since the Great Depression.”

Mr. Obama’s campaign has sought to use Mr. Romney’s career at private-equity firm Bain Capital to paint him as a coldhearted capitalist who cut jobs, while Mr. Romney has highlighted that business experience to bolster his credentials as a job creator.

Jobs were only one of the worrisome economic indicators released Friday. A separate report showed U.S. manufacturing growth cooled in May, with sharp drops in both production and exports.

Another report showed consumer spending rose in April—but outpaced incomes—suggesting many consumers are strapped for cash.

The economy is resilient in some areas. Inflation remains tame and auto sales continue to gain, while falling energy prices are helping ease strains on consumers. But the larger picture is of an economy that seemed to be gaining traction earlier in the year only to start wobbling as the weather got warmer—a familiar pattern in recent years.

The dismal employment report is sure to sharpen a debate at the Federal Reserve about whether to do more to spur economic growth. Some Fed officials who are less worried about inflation had already started lobbying for additional action before Friday’s numbers. But the central bank’s most influential decision makers have been hesitant to signal any more moves. The report will add heft to those advocating action and put pressure on officials to act, though it isn’t clear this will result in a broader consensus for action right away.

Some Fed officials might want to see more data before making what would surely be a controversial decision to do more to spur growth.

That six-month average is a fine data point, but shows the three bad months came after the three good months. Job growth is slowing — sharply — no matter how you average out the numbers. Get more real-time analysis. .

The jobs report came a day after the government downgraded its estimate of economic growth in the first quarter to a 1.9% annual rate, down from 3% in the fourth quarter of 2011. Some analysts said they planned to lower expectations for growth in the current quarter.

The U.S. recovery appears to be tracking a similar pattern of the three-year-old recovery, in which the economy gains steam early in the year only to slow down in the spring and summer. Previous slowdowns, however, have been more clearly linked to isolated events—such as a gas-price spike or a disaster such as last year’s Japanese earthquake and Tsunami.

Renewed concerns about Europe—including the prospect of Greece exiting the euro and subsequent contagion in financial markets—is shaking consumer and business confidence.

Uncertainty about domestic policy—including what happens with a variety of tax rates that are set to rise at the end of the year—could be causing businesses to hold off on hiring.

Flooring maker Armstrong World Industries Inc., of Lancaster, Pa., is ready to take on more factory workers, but only when home sales pick up and nonresidential business stops bleeding, said Chief Executive Matthew Espe. The company is being hurt by cuts in school funding in the U.S. and weaker sales in Europe.

“It’s very inconsistent. We have places in the U.S. that are booming and places that continue to be very, very soft,” Mr. Espe said, adding that businesses are skittish. “I think everybody’s a bit on the sidelines waiting for some sign of a sustained recovery before they start committing resources.”

Friday’s jobs report contained one silver lining: the labor force, which includes both workers and those actively seeking work, grew by 642,000 workers—the largest monthly increase in nearly five years. Economists view that as a sign that people became encouraged about job prospects. That was an important factor behind the rise in the jobless rate.

But overall the report was disappointing. Governments continue to cut as they repair their budgets, reducing payrolls by 13,000 jobs in May. The ranks of the long-term unemployed—those out of work for six months or longer—grew to 5.4 million from 5.1 million. Average hours worked—a proxy for output—fell, indicating weaker demand in the economy.

Private employers added only 82,000 jobs, with sluggishness seen in almost all sectors except health care and transportation companies, which saw big gains. Construction employment fell by 28,000 jobs. And employment was either down or flat for miners, retailers, hospitality workers and financial-services workers.

Manufacturing, which has helped fuel the economy’s growth during the three-year-old recovery, appears to have lost steam. Factories added an average 10,500 jobs in each of the past two months, after averaging 41,000 new jobs in the first three months of the year. The Institute for Supply Management said Friday that its purchasing managers’ index slipped 1.3 points in May to 53.5. A reading above 50 indicates the sector is expanding.

Several economists said they still believed the U.S. economy was stable, if slowing, and would be able to weather ripple effects from the European fiscal crisis and slower growth in Asia. But few questioned that the economy had downshifted into a slower phase of growth.

“It’s quite possible this could just be the norm now for several months,” T.D. Bank economist Beata Caranci said. “We are in a cycle that is not built on strong foundations.” 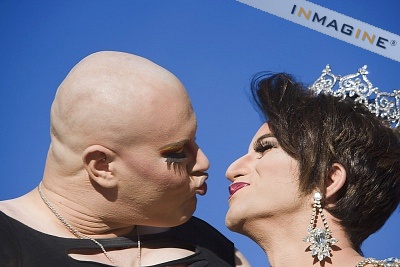 Breaking News: Courts find in favor of sodomites marrying - another curse upon America
archives most recent
More from Beliefnet and our partners
previous posts