President Obama’s administration has focused heavily on ending childhood bullying. So why would the Obama administration get behind an anti-bullying organization headed by one of America’s most vulgar, extreme bullies?

The Obama Administration has placed significant support behind the so-called It Gets Better Project. The White House has devoted a specific section of the WhiteHouse.gov website to the Project. President Obama, Vice President Biden, Secretary of State Hillary Clinton, House Minority Leader Nancy Pelosi, Secretary of Labor Hilda Solis, Secretary of Agriculture Tom Vilsack, and many other administration officials have cut videos on behalf of the Project.

Now, the message of the Project is worthwhile. The organization is designed to protect children from bullying; its suggested pledge states:

Everyone deserves to be respected for who they are. I pledge to spread this message to my friends, family and neighbors. I’ll speak up against hate and intolerance whenever I see it, at school and at work. I’ll provide hope for lesbian, gay, bi, trans and other bullied teens by letting them know that “It Gets Better.

There’s only one problem: the organization is headed by one Dan Savage.

This is the same Dan Savage who spoke at the National High School Journalism Conference last week, where he ripped into the Bible and called religious students “pansy-assed” for walking out on him.

But there’s much more to Dan Savage than just anti-religious bullying. He’s one of the biggest bullies on the planet. And he’s the point person the White House specifically chose – and fundraised for – in order to push their anti-bullying agenda. 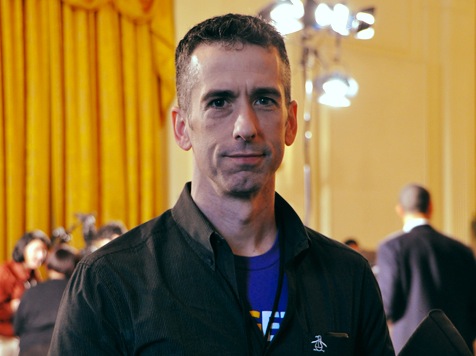