CAN THE ‘INDEFINITE DETENTION’ BILL SEND AMERICANS TO MILITARY PRISON WITHOUT TRIAL?

That appears to be the current position of the Senate, according to many legal analysts and some in Congress, unless President Obama vetoes the National Defense Authorization Act (NDAA) passed on Tuesday.

Two provisions that have survived heated debate in the massive NDAA, also called Senate Bill 1867, are causing these concerns. Once the House and Senate bills are reconciled, they will head to the President’s desk to be signed into law, or struck down with the veto pen.

The NDAA bill, which passed 97-3 in the Senate, would fund a huge swathe of military operations for 2012. But tucked into the bill are provisions dealing with detention of terrorism suspects that cut deeply into the Constitutionally-guaranteed rights of U.S. citizens in the post-9/11 era. Now referred to by some as the “indefinite detention bill,” it has caused a firestorm of controversy from disparate corners of government and American society.

The controversial components of the bill can be broken down into two parts. The first questionable portion of the bill (section 1031) explicitly exempts U.S. citizens, and according to Slate, states that the government would be mandated to place into military custody:

“any suspected member of Al Qaeda or one of its allies connected to a plot against the United States or its allies.. [and] would otherwise extend to arrests on United States soil. The executive branch could issue a waiver and keep such a prisoner in the civilian system.” 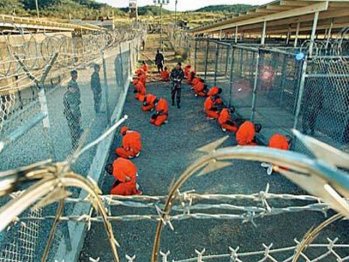 The second provision (section 1032), however, does not include an exemption for U.S. citizens, and would give the government “the legal authority to keep people suspected of terrorism in military custody, indefinitely and without trial.”

Outside of Congress, there has been widespread outrage that due process rights of U.S. citizens and the presumption of innocence before trial could become official casualties of “the war on terror.” The bipartisan eruption at the language in the bill, According to the Hill, is so severe and sweeping that even:

“The Obama administration has threatened to veto the Pentagon policy bill because it argues that the legislation places burdensome restrictions on federal law enforcement. [FBI Director] Mueller, Defense Secretary Leon Panetta and Director of National Intelligence James Clapper all publicly opposed the provisions in the Senate bill last month before it passed.”

On top of that, libertarian and Tea Party favorite Rand Paul has come out strongly against the bill, and even protestors of Occupy Wall Street and the Hacker collective known as “Anonymous” have expressed outrage under the assumption the NDAA could be used against them.

Here is a video of Senator Rand Paul making the case on the floor of Congress that the Senate-passed NDAA Bill would be a grave threat to the civil liberties of all Americans:

The President, on the other hand, explained that his opposition to the bill comes from his fear that it could constrain his executive authority to deal with terrorists, which as Commander-in-Chief, currently allows him to determine whether a civilian or military trial will be held.

But the language in the NDAA would take that discretion out of the Executive’s hands, and does appear to open the door to indefinite military detention of anyone suspected by the U.S. government of being a member of Al Qaeda, the Taliban, its affiliates, or assisting any of those groups, until the end of hostilities.

As Senator Paul stated, the likely timeframe covered by this bill may threaten due process even more than previous suspensions of Constitutional protections (such as Lincoln’s suspension of habeus corpus during the Civil War) because the country is engaged in a decade-long war that is unlikely to end at any point soon. 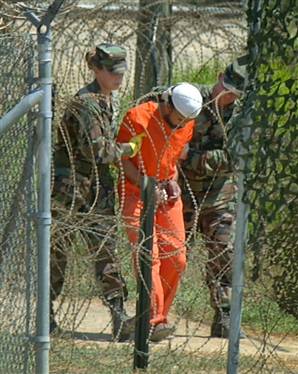 If the NDAA is allowed to eliminate a Constitutional right as part of the “war on terror,” it may never be returned as the struggle against extremism will be a never-ending battle.

To placate critics of the bill, Senator Diane Feinstein added an Amendment to the NDAA that leaves it even more open-ended. The Feinstein amendment, according to the Lawfare blog:

“Offered a fall-back… altering section 1031 so as to say that it should not be construed as taking a position on the US citizen question one way or the other.  That amendment was adopted…the sponsors can read Hamdi [v. Rumsfeld] and other authorities broadly, and opponents can read it more narrowly, and this bill does not endorse either side’s interpretation, but leaves it to the courts to decide.”

So even with the Feinstein Amendment, there appears to be much left undecided. When the next terrorist attack occurs, if a U.S. citizen is captured on U.S. soil, the courts will have to revisit this problem and issue an entirely new ruling. But if the NDAA is passed as is, the right to due process will have been overridden by Washington’s stated desire to fight terrorism.

As the federal government struggles to balance liberty and security in an era of grave and asymmetric terrorist threats, many Americans are forced to consider the question:

Has the “war on terror” finally put one tear too many in the Constitution?

Text copied from the YouTube Rand Paul video web site from November, 2011:
Rand Paul Aims to Kill “Indefinite Detention” Provision of Controversial Bill (obviously he has not been able to accomplish that thus far)

With the bill expected to be up for a vote within 48 hours, Senator Rand Paul has offered an amendment to the National Defense Authorization Act that will kill a provision allowing the military to detain individuals, including American citizens, without trial or due process.

The “indefinite detention” sections of the NDAA bill would turn the whole of the United States into a “battlefield” and hand the executive branch the power to have the military arrest U.S. citizens and hold them without trial.

The provision is merely an update to the “parallel legal system” had been in place under the auspices of the war on terror for over a decade, “In which terrorism suspects — U.S. citizens and noncitizens alike — may be investigated, jailed, interrogated, tried and punished without legal protections guaranteed by the ordinary system,” as the Washington Post reported in December 2002.

In attempt to kill the indefinite detention provision of the legislation, Senator Rand Paul aims to strike Section 1031 from the bill, which reads as follows.

“Congress affirms that the authority of the President to use all necessary and appropriate force…includes the authority for the Armed Forces of the United States to detain covered persons…Detention under the law of war without trial”.

The amendment is seen as having more teeth than a change offered by Colorado Senator Mark Udall which the ACLU has urged voters to support. “There are other similar Amendments too, however none of them completely eliminate the Constitutionally offensive section,” reports the Tennessee Campaign for Liberty website.

Writing in the Washington Post today, Udall emphasizes the fact that the bill does affect American citizens.

“The provisions would require the military to dedicate a significant number of personnel to capturing and holding terrorism suspects — in some cases indefinitely — even those apprehended on U.S. soil. And they authorize the military to do so regardless of an accused terrorist’s citizenship, even if he or she is an American captured in a U.S. city,” writes Udall.

Republican Congressman Justin Amash also warned that the bill had been “carefully crafted to mislead the public,” in suggesting that the indefinite detention provision didn’t apply to American citizens when it clearly does.

“Note that it does not preclude U.S. citizens from being detained indefinitely, without charge or trial, it simply makes such detention discretionary,” Amash wrote on his Facebook page.

As we documented yesterday, every single piece of legislation passed in the name of catching terrorists has been used against American citizens on countless occasions.

In an op-ed for the SIlicon Valley Mercury News, S. Floyd Mori, national executive director of the Japanese American Citizens League, warns that the legislation would create the legal framework for internment without trial on a similar scale to how Japanese-Americans were held in concentration camps during World War II.

“Indefinite detentions based on fear-driven and unlawfully substantiated national security grounds, where individuals are neither duly charged nor fairly tried, violate the essence of U.S. law and the most fundamental values upon which this country was built,” he writes.

The National Defense Authorization Act is set for a procedural vote at midday on Wednesday.

CAN THE ‘INDEFINITE DETENTION’ BILL SEND AMERICANS TO MILITARY PRISON WITHOUT TRIAL?
http://blog.beliefnet.com/watchwomanonthewall/?p=10340

Video: Obama Takes The Law Into His Own Hands And Makes “Recess” Appointments Explained
http://blog.beliefnet.com/watchwomanonthewall/2012/01/video-obama-takes-the-law-into-his-own-hands-and-makes-recess-appointments-explained.html#ixzz1jg2OZGSy

Urge Congress to Combat Unconstitutional Nominations (one click of your mouse)
http://blog.beliefnet.com/watchwomanonthewall/?p=11619

Federal judge: Montana blogger is not journalist
archives most recent
More from Beliefnet and our partners
previous posts