It’s a fact that Americans have serious health problems caused by their diets. Excessive consumption of fat, sugar, and processed foods is a leading cause of obesity, diabetes, and related illnesses. The question is what to do about it.

The answer, for New York Times food columnist Mark Bittman, is obvious: Put the government in charge of what people eat. And not just any government: Our diet dictator, he writes, “should be the federal government, fulfilling its role as an agent of the public good and establishing a bold national fix.” Constitutionalists point out man’s unalienable rights as set forth in the Declaration of Independence, and the powers delegated to the federal government under the Constitution, which do not include acting as food führer. Something must be done, and to progressives such as Bittman, only Washington can do it.

Rather than subsidizing the production of unhealthful foods, we should turn the tables and tax things like soda, French fries, doughnuts and hyperprocessed snacks. The resulting income should be earmarked for a program that encourages a sound diet for Americans by making healthy food more affordable and widely available.

How would the government decide which foods should be taxed, and at what rates? “We have experts who can figure out how ‘bad’ a food should be to qualify, and what the rate should be,” says Bittman. But he seems to recognize that experts aren’t the solution to the problem. He notes that the experts he wants to employ to calculate junk food taxes are currently used to compute ethanol subsidies — subsidies which, he points out, lead to overproduction of corn (and, hence, high-fructose corn syrup) that helps “keep the price of many unhealthful foods and beverages low.” What’s more, Bittman says that “the food industry appears incapable of marketing healthier foods,” yet critics note that it is one of his aggregations of experts, the Food and Drug Administration, that permits junk food producers to advertise that their foods are good for people while preventing producers of genuinely nutritious foods such as walnuts and pomegranates from doing the same.

Nevertheless, Bittman’s proposal, in general, sounds simple enough: “Taxes would reduce consumption of unhealthful foods and generate billions of dollars annually. That money could be used to subsidize the purchase of staple foods like seasonal greens, vegetables, whole grains, dried legumes and fruit.”

But critics note that most government programs have sounded simple at the outset. To end poverty, give poor people money. To stop marijuana use, make it illegal. To encourage home ownership, hand out loans to people who can’t possibly pay them back. These programs, however, have been far from successful in achieving their stated aims; but they have managed to create a slew of other ills, including the current economic crisis. 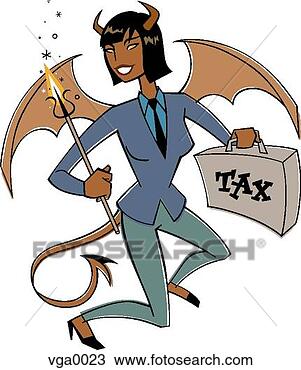 Analysts say it is virtually certain that Bittman’s program would have its own set of unintended consequences. Would a black market for Twinkies or Pepsi come into existence to circumvent the new taxes? How many more billions of dollars would be poured into (nonproductive) lobbying to protect products from the taxes or to obtain subsidies for certain crops? Would the subsidies cause overproduction of some crops and underproduction of others?

Bittman dismisses all concerns about his plan as those of reactionaries, noting that in trying to get his program passed, “we’ll have to listen to nanny-state arguments.” He also believes that people will come to accept the government dictating what they may or may not consume when they see it gets results, as many have accepted “the anti-tobacco movement” and its “historic 1998 tobacco settlement.” After all, he says, “both consumers and government will be more than reimbursed in the form of cheaper healthy staples, lowered health care costs and better health.” He states that the program would end up “paying for itself,” though critics point out that if government programs paid for themselves, Congress and the President would not now be haggling over raising the already $14.3-trillion debt ceiling.

While it is true that Americans need to improve their diets, constitutionalists note that Bittman’s solution is just another step down the road to total slavery to the state. A better solution, they say, would be to end agricultural subsidies and abolish the FDA, the Department of Agriculture, and countless other federal agencies that serve the interests of the junk food manufacturers and big pharmaceutical companies who profit from Americans’ bad eating habits. The prices of processed food would then be set completely by the market, which just might make nutritious foods more competitive.

Then, they say, repeal ObamaCare and all other government intrusions into the healthcare system. With their health in their own hands, Americans would have a strong incentive to watch what they eat, along with an even more valuable commodity: freedom.

NEWS!!! - Baptist Pastor thanks God for his "smokin' hot wife, in Jesus name!" Watch it right here!
archives most recent
More from Beliefnet and our partners
previous posts