Dr. Terry Lakin was released yesterday from Ft. Leavenworth, where he served almost six months of prison time for refusing orders over his doubts about Barack Obama’s eligibility to be president, and told World Net Daily (WND) that he is going to focus on his family first, then his church and medical career.

In comments via telephone shortly after his release, Lakin, a lieutenant colonel in the military, told WND that he also remains dedicated to the Christian ideals on which the United States was founded. 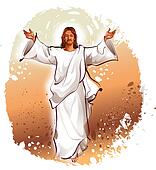