I’ve faithfully read your comments, and John’s post, and here are my rejoinders-by-bullet-point:

Ontological Shibboleth: I’ve been accused of creating a straw man in suggesting that denominational ordination tends to grant ontological superiority to those in the clergy caste. I agree that few, if any, denominations believe this to be true. I’m saying that most act like this is true. Even the most liberal progressive trinitarian denomination, begun by congregationalists (!), the United Church of Christ says in their book of doctrine that only ordained clergy may administer communion. While I understand that the point of that is to “protect” the Lord’s Supper, A) it doesn’t, and B) the LS doesn’t need protecting. More on that soon, methinks.


Emergent Superiority: Here’s a common meme in the comments: “You’re always harping on us denominationalists and saying that Emergent is the greatest version of church ever. Well, emergent has problems, too.” My writings have been, for the most part, descriptive of the emergent movement. I’ve often professed my affinity for emergent versions of church, I have also pointed out many times that I don’t know if it can/will/should last. I think emergent is part of a major ecclesial reformation that is just beginning. 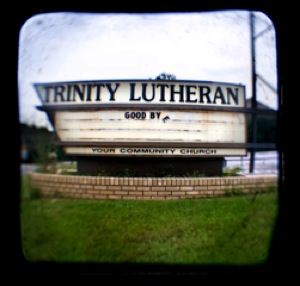 Everyone Should Quit: John wrote, “Tony Jones has made it his mission to convince his readers who are in
denominations to abandon the ordination processes which he considers
worthless.” Actually, I’ve not encouraged everyone to quit, only Adam. And I’m quite sure that Adam will not quit, because we’ve had a public and private (and fun) back-and-forth about this for years. Nor did I say that ordination is “worthless.” I said that it’s often abusive, and the many comments and emails that concur with that sentiment prove my point. But I’m not advocating that everyone should quit.

Too Mean: To the charge that I’m just being mean-spirited, let me say this. I’m sorry. I’m not intending to be mean. I realize that many of you are personally offended (indicted?) by my criticism of a system in which you have been recognized and affirmed. But maybe, just maybe, your loyalty to the system is blinding you to the abuses in your system and thus migitating your ability to reform it. I am a citizen of the U.S., which I consider to be the noblest form of government yet conceived. But when I travel abroad and hear others criticize my homeland for imperialism or torture or the like, I try to take these criticisms in stride and give them the hearing they deserve.

No Solutions: To the charge that I just rail on denominational ordination and offer no solution (other than an online petition), here are some reforms:

I Must Be Wounded: Some have figured that my diatribe against denominational ordination systems results from a history of rejection by that system. Nope. That’s not my story. I’ve just looked at the system and seen what I think many in the system are unable to see: that it’s outlived its usefuleness and needs to be dramatically reformed before it becomes completely obsolete.

My Petition Is Ridiculous: Yes, of course it is. It’s a fun way for a lot of us to show our support of Adam when the system in which he is involved hasn’t show him much support. But it’s also my way of pointing out (with a wink) that the Internet will inevitably change the way that denominations function.

That’s it for now.  As always, thanks for reading, and I look forward to reading your many thoughtful comments.