Is There Ordination in the Didache? 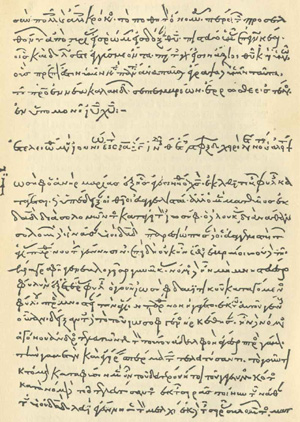 I’m going to close out this week’s topic by looking back to the history of the church — the very early church — to gain a bit more perspective on ordination.

I’m currently writing a little book reflecting on the Didache and its use for us today (the image at left is the 10th century manuscript, lost for 800 years, and rediscovered in 1873). If you’re unfamiliar, the Didache is a manual of Christian living from the second half of the first century — contemporaneous with the letter of Paul and the synoptic Gospels. The Didache is basically broken into four parts:

I hope to make our contemporary translation, which will be chapter two of the book, available online under a Creative Commons license. In the meantime, there are lots of public domain translations available online, most of which use King James type language.

Of most interest to this discussion are the middle two sections.

First, the context of the document. The Didache seems to have been a manual, used by a Nazarene synagogue (that is, a synagogue that had converted to Jesus-following-Judaism) of Hellenized Jews on the Syrian border — maybe in the rural outskirts of Antioch. The opening,

“There Are Two Ways,” was an older Jewish document that was amended and used by several early Christian communities, for it’s also echoed in the Shepherd of Hermas and the Epistle of Barnabas. The middle two sections may be a bit older, and some material possibly originated in the Dicache community, and the apocalypse is also reflective of other early documents.

In the liturgical section of the Didache, there are chapters that deal with baptism (do it in flowing water, if possible) and on the Eucharist (in a setting that’s dramatically different from Paul’s setting of the Lord’s Supper). But, what’s notable for our purposes is that there is no talk of specific persons administering the sacraments to the congregation. (Neither does Paul imply that, for that matter.) Regarding baptism, the Didache is quite specific about the how, and it gives not a mention of the who. The former seemed very important to the community, the latter completely unimportant.

The Didache speaks of the Eucharist more like the daily agape meal, shared by all followers of the Way, than the weekly, monthly, or quarterly communion, parsed our by a clergyperson, to which most os us are accustomed. Again, there is no direction as to who can and who cannot say the prescribed blessings and prayers.

In the following section, dealing with the organization of the ekklesia, the Didache has much to say about how to test the genuineness of wandering prophets and teachers — it has to do with how long they stay, if they ask for money, and if they know a trade by which they can support themselves. The final section even begins,

“Appoint bishops (episkopi) for yourselves, as well as deacons (diakonia), worthy of the Lord, of meek disposition, unattached to money, truthful and proven; for they also render to you the service of prophets and teachers.” 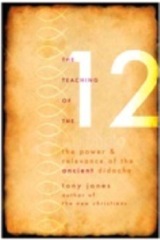 At first blush, this might look like a gathering storm of hierarchy. But in fact, the hierarchical episcopacy — i.e., one bishop per region — was not established until a few years later when Ignatius of Antioch established the episcopacy as a way to fight false teaching. Ignatius also added elder/priest (presbuterion) to the list of leadership in the church, and he commanded loyalty to these leaders in a way that the Didache does not.

In the end — and I realize that my own theological presuppositions color my judgment here — the Didache is notably silent on the office of “priest.” No one person is set apart by the community to perform baptisms or pass out communion. Teachers, prophets, bishops, and deacons are all mentioned, but the roles thereof are left undefined.

Ordination: Housekeeping
archives most recent
More from Beliefnet and our partners
previous posts