I’m on no quest to reject the penal substitutionary theory of the atonement (PSA). (I merely intend to dethrone it.) 🙂  In fact, that’s the understanding of Jesus’ death that was taught to me in my youth group as a kid, and similarly in the college ministry that excommunicated me. But, in all honesty, PSA never sat quite right with me. For one, it didn’t seem to jibe with the chesed of God in the Hebrew Scriptures. And it really didn’t jibe with Jesus’ message. Honestly, I just took my leaders’ words on faith that Jesus perfect life and subsequent death somehow assuaged my own moral guilt. 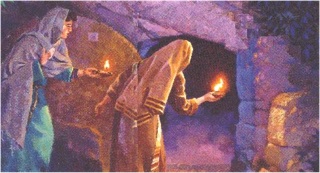 In my last post, Why Jesus Died, I argued for a different — and more historically robust — understanding of the crucifixion.

Another problem with PSA, it seems to me, is that there’s really no reason for the resurrection. It’s little more than Jesus, “Ta-Da! See, I told you that I was divine!” (Which, by the way, Jesus attests only ambiguously, and primarily in the Gospel of John. Take a deep breath, people. I’m not questioning Jesus’ divinty; I’m just saying that Jesus himself wasn’t particularly adamant about it.) There must be more to Jesus’ resurrection than another proof of his divinity.

So, why a resurrection? More importantly to me, as one who is increasingly shunned by evangelicals and in the same room with liberal mainliners (and Catholics), why a real, historical, physical resurrection?

Well, if you found some resonance with my previous post on the crucifixion, then the resurrection of Jesus is all the more important. In Jesus, God identified with humankind in an unprecendented way — this is why the divinity (i.e., non-mortality) of Jesus really matters. So deeply did God enter into the uniquely human experience of godforsakeness that God even died. God experienced grief in the shattering of the eternal relationality of the Trinity. Yes, God really died.

So, when Jesus rose from the grave, it was more than the resusitation of a corpse (hell, I’ve seen Criss Angel do that!). Instead, it was a foretaste of the eschaton. I described Jesus’ miracles in the last post as significations of the new, eschatological age that Jesus the Messiahinaugurated. The resurrection is the capstone event in the inauguration.

Since Adam, death has been the primary definer of mortality and, as far as we can tell, the one thing that differentiates human beings from god(s) — thus the constant tension between human and mortals and their frequent stories of romantic love for one another in ancient Greek and Roman mythology. Death was the one thing that God didn’t experience, and it was the one inevitability of human existence.

So, for God to experience death — especially a death that was sacrificially important — is 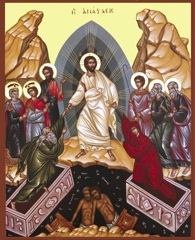 pivotal. For God to conquer death and invite all the rest of us humans into immortal existence is even better.

In other words, Jesus’ resurrection confirms all of his teachings about the Kingdom and all of the miraculous healings with which he is credited, for it is the ultimate signifier of the new, eschatological age. Jesus is, as Paul wrote, “the first fruits of those who have fallen asleep.” (Paul wrote thus because he was attempting to convince Corinthians who believed in Jesus’ resurrection to also believe in their own future resurrection.)

What I’m saying is that Jesus (God) really, materially healed people — if he hadn’t, then the miracle stories are without worth.

It’s only in his resurrection, his victory, that his death has any meaning at all.