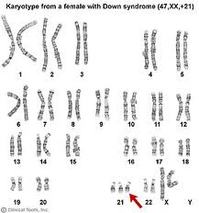 Before I offer a post (check back tomorrow) in response to a new
prenatal test for Down syndrome, I want to clarify some terms.

Prenatal screening and prenatal diagnosis are not the same.
Prenatal screening comes in a few different forms, but in each case, a blood
test, often combined with an ultrasound, provides a statistical analysis of
just how likely it is for a woman to have a child with Down syndrome (and/or
other genetic abnormalities, although Down syndrome is at the top of the list
because it is the most common of the lot). These tests are intended to reassure
many women and narrow the field of women who do further, more invasive testing.

For instance, when I was pregnant with Penny, I chose to
have a “quad screen” at 16 weeks. This test involved sending a vial of my blood
to a lab to identify various hormone levels. I was 28 years old at the time, so
my “age-related risk” of having a child with Down syndrome was about 1 in 900.
My screening test came back with the news that I had a “1 in 316” “risk” (I put
risk in quotation marks because this is how geneticists and doctors describe
it. I’ve come to prefer the word “chance.”) of having a child with Down
syndrome. That data could be used to say my risk was very small, far less than
1%. Or, it could be used to tell me that it was three times higher than it
should be, given my age. Either way, I didn’t have a diagnosis. I had a
statistical analysis.

In this case, my doctor recommended a Level II Ultrasound. The ultrasound technician, in combination with a genetic counselor, reviewed the results of the blood test and the pictures on the screen. They measured various aspects of Penny’s body and concluded that she did not have an extra chromosome. Screening for Down syndrome via ultrasound is 85-90% effective. We happened to be in the 10-15% of people where Down syndrome went unidentified.

We could have taken it one step further. I simply needed to say the word to have an amniocentesis, in which amniotic fluid containing fetal cells would be extracted from my uterus and tested to reveal their chromosomal makeup. But amniocentesis carries with it the risk of miscarriage, and no one involved felt that such a risk was warranted. (As an aside, doctors tend to assume that the risk of miscarriage is warranted so long as the screening test indicates a higher than 1% chance of abnormality. In other words, the risk of a baby dying–whether that baby has a Trisomy or not–is deemed less significant than the information provided via the invasive procedure.)

For anyone interested in reading more of my own thought-process related to prenatal screening, click here for an essay I wrote on Motherlode last fall. The purpose of sharing this story, however, is to demonstrate the difference between a screening test and a diagnostic test. Currently, the only way to diagnose Down syndrome in utero is through chronic villi sampling (CVS) or amniocentesis, both of which carry risks of miscarriage.

Finally, this information should put into context the oft-quoted statistic that 90% of women who receive a prenatal diagnosis of Down syndrome choose to terminate their pregnancies. As far as I can tell, this statistic is an accurate one (although sometimes I wonder, given the number of women I know who had prenatal diagnoses and continued their pregnancies). But it DOES NOT mean that 90% of women abort their babies with Down syndrome. Many women opt out of a prenatal diagnosis, even when a screening test indicates an elevated risk of Downs. Others opt out of prenatal screening altogether, as we did this time around, due to concerns about the prenatal screening industry and the need for such information.

This is the first in a series of posts about prenatal screening and the presence of individuals with Down syndrome within our society. 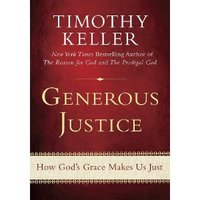