God And The Good Parent

(I wrote this post three years ago. I’m reposting it here, with some minor amendments, in two parts, because I’m still grappling with these issues and am no closer to answers – indeed, I’d say that I am further from answers – than I was three years ago. Perhaps in revisiting the issue, I’ll find some much-needed clarity.)

A few years ago, a friend of mine wrote a powerful post about her struggle with issues concerning faith. Around the same time, another friend took on the same topic.
Both wrote from the perspective of lapsed believers, of women who had
grown up with faith but grown apart from faith. Both struggled, in
their posts, to make sense of their relationship to God and Church. For
the sake – for the possible sake – of their children.

Both
posts hit me in the gut. Hard. I’ve been wrestling with these issues since, well, forever. Since my own faith started taking sucker punches
from Real Life – divorce, death and other tragedies that make the voice
waver as it recites the 23rd Psalm. And since a young adulthood spent studying political philosophy, and
reflecting upon the political uses of religion, most of which reduce to
pacifying or mobilizing the masses. Hurt, and reason: both have a
sobering effect on blind faith.

I was once a passionate Catholic. As a teenager I thought seriously, if briefly, about becoming a nun. (This in my goth phase. Yes, I was a Catholic goth. I wore a rosary as an accessory to my uniform of black-on-black, but I took that rosary seriously, by God.) Not so much because I felt strongly about committing to my faith, but because it was fascinating and I wanted to make it my own: all
of the esotericism and the Latin and the mysteries and the feeling, at
once giddy and solemn, of tapping into some deep vein of meaning. I
would sit in the dark in my room during thunderstorms, looking out my
window and trying to wrap my head around the relationship between God
and Nature, trying to work out the theology of Milton and Blake and Big Blue Marble. I read the Bible for fun.

I
was into it. I loved it. It provided both security and stimulation,
soothing me to sleep and pricking me awake, for a very long time. But
then I grew up, and the stars threw down their spears.

I grew
up, and my family – that had long been so solid, so secure – hit
difficult times, and my parents split up, badly, and I left home and
made all the bad decisions and took all the dangerous steps that
disillusioned Catholic girls who leave home at 18 make. My mother
declared that God had abandoned her, and me, and us, and insisted that
she would herewith keep faith only with Mary and the saints and that I
should do the same. God was a mean old guy who provided no comfort
because He could not, my mother insisted, be trusted. He’d turn on you.
He’d turned on her, and on us, after we had prayed so hard for Him to
guide us and keep us.

I wasn’t sure that I agreed with my
mother, but with every bad thing that happened in my life and in the
lives of others, as the world came to seem uglier and uglier, my
commitment to the Church waned. My faith waned. And it took a direct
hit when, in my very late teens, after I had left my broken home to try
to find my own place in the world, I was informed by a well-meaning –
and very Catholic – boyfriend that I was going to hell. He had
discovered, by finding and reading my diary, that I was tainted by sin
(a long story, and a whole ‘nother post). And, after going to
confession to consult with a priest as to whether my sins
might taint him, he informed me that God had told him in the
confessional booth that he could no longer associate with me. I was
corrupt, I had committed a mortal sin, and I was going to hell.

God
told him to break up with me. And that was that. It was absurd,
unreasonable, and just enough to tip me over the edge that I was
already teetering upon. This was not my Church, not my God.

It was, in a twisted way, my Lisbon Earthquake. I thought: how could a just God, a reasonable
God, inspire such nonsense? And then I thought: what evidence have I
ever had that God was any of those things? A few moments of spiritual
epiphany while watching cute altar boys light candles and a succession
of thunderstorms didn’t weigh up very well against broken families and
death and starving children in Africa and messed-up twenty-year-old
boys spouting nonsense about God’s greater plan for their dating
futures. Clearly, God was, as my mother said, a dodgy piece of work.

I wanted nothing to do with it, with Him. That day was the last day that I ever went to confession.

And
then I went off to university and began studying philosophy and that
did nothing to restore my faith. I began studying the Bible as a book
and God as source material for art, literature and politics. I
presented papers on how modern philosophers used women as figurative
representatives of conventional Christian morality. I argued that some
philosophers suggested, quietly, that women could be understood as the
ultimate practitioners of moral deceit and use this deceit to their
greater strength and that this practice reflected the politics of the
Catholic Church and of Christianity generally and that this revealed
all variety of interesting things about morality and virtue and the
power of women.

I liked these arguments. A lot.

And I
liked that, on one or two occasions, during mid-summer lectures in
which I related these and similar arguments, a thunderstorm would roll
in and lightning would flash right after I said something about
Nietzsche or Machiavelli and godlessness.

It was an ambivalent
relationship. Philosophy was more interesting when it was
transgressive, and it only really felt transgressive when it confronted
and challenged my faith. So faith became a way of keeping things
exciting, of pricking myself awake when I became complacent about
Liberalism and Secularism and Rationalism blah blah blah. I became an
opportunistic believer, using God and belief in God as a tool to
advance my own learning.

Then the Husband and I decided to start
a family, and there were problems, there were complications, and for a while it
looked like we couldn’t have the family that we wanted. But then the path opened up and
I became pregnant, and thankful. I struck bargains with God. I swore up
and down that I would raise a believing child if He let this child come
into the world. And when more complications emerged I swore harder. I
went to sleep murmuring Pater Nosters and Ave Marias. I prayed.

And
I meant it. I prayed with full acknowledgment of my own confusion, my
own ambivalence. I couldn’t do otherwise; there was no comfort in
prayer unless it was confused prayer, if that makes sense. But my
promise to give my child the opportunity to experience faith was not
confused. I meant every word. I wanted – I want – my
children, to know God. As I did.

But I don’t know how to introduce them to God while remaining true to my confusion and ambivalence, which, however problematic, are sincere and deeply felt (perhaps now more deeply felt than ever). And I don’t know whether I need to overcome my confusion and ambivalence in order to introduce them to God and to faith. Must faith always be grounded in certainty? Is it possible to introduce children to faith when one’s own is emphatically not so grounded?

(Tomorrow: why I want this for my children, and why I am confounded in this desire.)

Amended from an original post published at Her Bad Mother, July 2006. 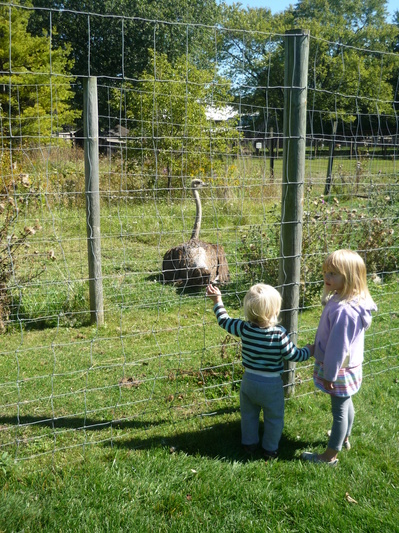 Wordless Weekend: Happiness Is A Flightless Bird
archives most recent
More from Beliefnet and our partners
previous posts