Bad Habit Or Destructive Compulsive Behavior: Is There A Difference? 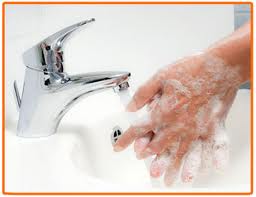 Sherry Gaba LCSW, Psychotherapist, Life & Recovery Coach is featured  Celebrity Rehab on VH1. Sherry is the author of “The Law of Sobriety” which uses the law of attraction to  recover from any addiction. Please download your free E books at sherrygaba.com.   Contact Sherry for webinars, teleseminars, coaching packages and speaking  engagements. Listen to Sherry on “A Moment of Change with Sherry Gaba” on CBS Radio.  Struggling with your own love junkie dramas? You’re not alone. Join my free newsletter community to get the support you need to  stop the madness before it affects your next relationship or the one you are in  now. – Get the Love You Truly Deserve!

Many people have a difficult time in determining if a negative or problematic behavior is just a bad habit or if it may be a much more significant problem. Generally we see a bad habit as something that can be relatively easy to change if we just apply a little bit of willpower and self-control. For some behaviors that may be true for many people it is not an issue of lack of will-power or self-control that is driving the behavior.

Compulsive behavior is more than just a bad habit. In fact, compulsive behavior is defined as a repetitive behavior or act that does not produce any type of satisfaction or reward for the person. In many cases the behavior or repetitive act is destructive and damaging to the person’s life in a variety of ways. In contrast bad habits typically result in some type of reward for the person, at least at the onset of the behavior. A win at the poker table, that satisfaction with finding a great deal in the store or the thrill of meeting a new person online are the rewards that make the behavior justifiable even though it may be something counterproductive to the person’s life. 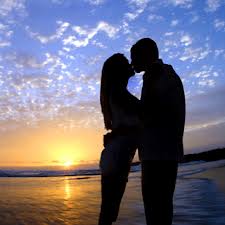 In many ways, narcissists and people pleasers have similar issues in a relationship. However, they are expressed in very different ways. The narcissist can only see the relationship for what it gives them, with the focus entirely on their own needs. The people pleaser is equally skewed in her vision of a relationship, but is […]

8 Signs Your Attachment Style effects your Adult Relationships Therapists, counselors, and mental health professionals recognize four different types of attachment styles. These styles or profiles are based on Attachment Theory, which was first introduced in the 1960s by John Bowlby, a British psychoanalyst and psychologist with a focus on childhood development. The attachment, or […]

Everyone Has Narcissistic Moments: Understanding Our Behavior

It is very common for people to latch onto specific labels and diagnosis and attempt to determine what is “wrong” with someone in their life. Narcissism is one such label and diagnosis that is used by people to describe people who may show signs of being selfish, uncaring, or lacking in empathy, compassion, and understanding […]

Using The Law Of Attraction To Develop Healthy Boundaries

Boundaries are similar to the rules that govern how a person interacts with the world around them. People with no boundaries do not follow typical relationship rules when interacting with people in their personal and professional lives. They may overshare personal information or not share anything, or they may constantly take advantage of others or […]