Yesterday would have been Freddie Mercury’s 65th birthday.  The iconic rock singer and frontman passed away after a long bout with HIV in 1991, gone much too soon from the world that he managed to influence so much.  As a young child I was familiar with Queen’s biggest hits, it would be years before I understood who Freddie Mercury was and what he did for music.  Though I wasn’t aware of him at the height of his career, I miss Freddie Mercury.

Mercury is known as one of the best, if not the best, front men in all of music.  Today we are lucky if a front man can even sing, but Freddie could play multiple instruments, entertain a crowd, hit every note perfectly, and do it all with a unique passion that was all his own.  He did all of that and more.  You will never see a performer captivate and steer an audience like Freddie Mercury, taking them to every place that he wanted to go, and them enjoying every step.  Even through old footage he is absolutely riveting.  The songs too, man, the songs.  Queen was a great group of writers and musicians, and that Freddie encapsulates so much of their legacy is a huge testament to his talent.  The band was constantly creating, pushing the boundaries of music, and more often than not, doing it better than most other groups at the time.

It is easy to miss Freddie Mercury for all of those things, but what is most dis-heartening is that there is no one has even come close to touching what he did.  Think about the artists of today – Lady Gaga and others may possess some of the flamboyance that marked his performances, but certainly not the vocal abilities or the songs to match.  Even dynamic singers like Matt Bellamy of Muse can shred it vocally, but lack that ability to bring the crowd into their world.

Simply put, Freddie Mercury is truly a one of a kind singer and performer.  We will never see another one like him, and his loss leaves a hole that can’t be filled.  We miss you Freddie, we really, really do. 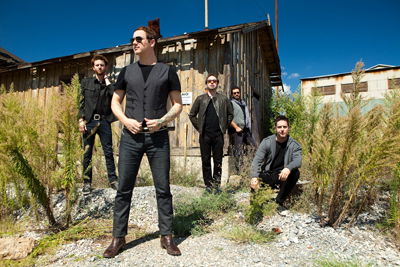 New (Free) Music from The Gracious Few and Ben Folds Y'alls!
archives most recent
More from Beliefnet and our partners
previous posts