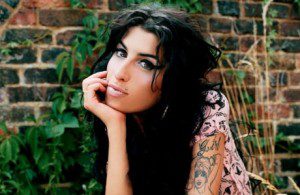 On Saturday my generation got it’s first major induction into the “27 Club” – Amy Winehouse.  Winehouse, whose career had been plagued by drug taking, drug addiction, and singing hits about drugs, died of unknown causes in her hotel room at the age of – you guessed it – 27.  With that, she joined a growing group of talented artists who passed on at such a young age.  Kurt Cobain, Jimi Hendrix, Janis Joplin, Jim Morrison, and others.

Those four artists who exited all too soon, still left a huge mark on music (and could have left an even bigger one).   Amy Winehouse, who had one of the best female voices in recent memory, left hardly anything for us to remember besides drug addiction.  Her biggest hit was a song about how she refused to go to rehab, and it is hard to imagine anyone looking back at it and enjoying it given the context.

Most disturbing though, isn’t who Winehouse was, but who she could have been.  I doubt she would have reached the heights that Hendrix or Joplin would have, but with an actual consistent career she would have continued to create great jazz and r&b records.  Her voice and songs were certainly good enough for a long career, but instead five years from now no one will remember her.

Except the fans of the 27 club.