The Filmmaker of Light

By Patton Dodd
Vanity Fair reports on an internal memo from Painter of Light Thomas Kinkade in which he outlines 16 principles for making a film modeled on his paintings. (The film is called “Christmas Cottage”–which could also be the name of virtually every Thomas Kinkade painting–and is due to be released on video this week.) Read the full memo, which was given to “Christmas Cottage” crew members to guide their work.

No point in swatting at Kinkade’s aesthetic here, but I’ll say that guideline #15 is an articulation of the most basic problem with his work–it ditches realism in favor of an untrue idealism:

15) Nostalgia. My paintings routinely blend timeframes. This is not only okay, but tends to create a more timeless look.

Makes sense, where “timeless” means not “from no particular era” but “from an era that never existed.” 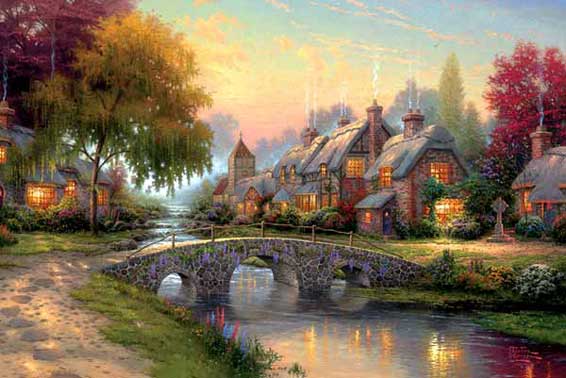 read next post
Which Bible translation is best?
archives most recent
More from Beliefnet and our partners
previous posts