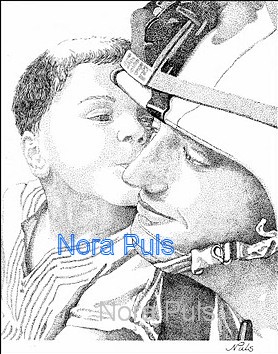 Following is a post I did 4 years ago on Veterans’ Day.  Since most of my readers are new, it’s worth repeating, and even if you read it when first posted, I don’t flatter myself that you’ve remembered it for 4 years.  I have included  some of the art I’ve done in honor of our military and at the end of the quoted post, I will add some thoughts from this Veterans’ Day.

Today is Veterans’ Day. I hope that every American takes time to remember with gratitude the sacrifices made by hundreds of thousands of men and women throughout the years of our country’s history.

I read a book about the Revolutionary War and it painted such a graphic picture of what those first brave patriots went through in their fight for our initial freedom that I stand amazed that we ever formed a country in the first place. They endured all of it because of their dream of a land where they could live free of foreign tyranny and forge a country in which the smallest among us are endowed with the same rights as the most powerful. Their struggle was only the beginning, but it was spectacular. 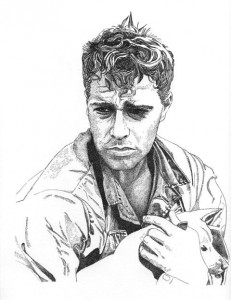 There have been so many other conflicts since that I won’t try to mention them all here. It suffices to say that each has had its heroes, its terrible losses and incredible victories. Our troops have had to serve under impossible conditions, often without the basic necessities of life and the tools to fight the battles in which they were engaged, and yet they persevered. Do I believe that we as a country are always 100% right in our responses to injustice and slavery in the world? I do not. However, that said, the purpose of this blog is not to discuss the right or wrong of any particular conflict or battle–this is a time to honor those who have served.

Whether our veterans or those currently serving have answered the call of their country because they were drafted or volunteered for something greater than themselves, they DID go and for that we owe them a debt of gratitude.

I’ve never been asked to put my life and safety before that of someone else–not even someone I know and love. I don’t pretend to know what that is like to wake up every morning not knowing if you’ll survive the day (except in the vague sense that none of us really know whether we’ll be alive come nightfall). What I do know is that there are thousands of people who have knowingly put themselves in deadly and dangerous situations for the sake of freedom and the life I am blessed to live as an American. We take so many things for granted in this country, and I fear I that take very little time to be grateful. 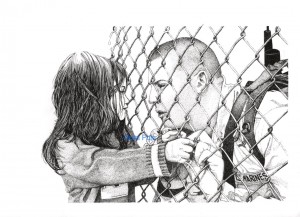 In liberating strife.
Who more than self their country loved
And mercy more than life!
America! America!
May God thy gold refine
Till all success be nobleness
And every gain divine! 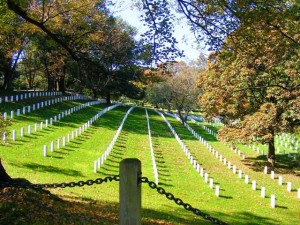 Now for my additional thoughts…3 weeks ago I had my first opportunity to visit Arlington.  It’s impossible to explain the impact of viewing all of those thousands upon thousands of crosses lined up on some of the most beatiful landscape I’ve ever seen.  I also visited the WWII, Korean War, and Vietnam Memorials, and was privileged to see the battlefields at Gettysburg and Manasseh/Bull Run.  We owe an eternal debt of gratitude to those living and dead who paid the ultimate price for us.

Whether or not a person has agreed with our various wars is not important–recognizing the sacrifices of our soldiers, 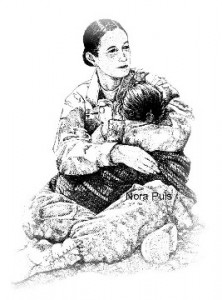 sailors and Marines is.

If you know a vet or see one today–give him/her a hug and say “Thank you.”  Bring honor to whom honor is due on this special day set aside to remember all who have served.

GOD BLESS YOU and THANK YOU 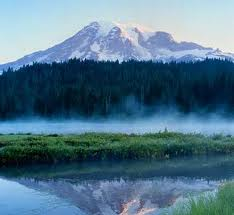