Study Finds Being Married Can Lower Your Death Risk

We’ve all heard the phrase “happy wife, happy life.” However, no one ever said anything about happy wife, longer life. A recent study indicated that married people are up to a fifth less likely to die early than people who aren’t in wedlock. Researchers examined the medical records of half a million people in their 50s in Asia over 15 years. They concluded that being married was associated with a 15 percent overall lower death risk from all causes compared to single and unmarried people.

Married people also had a 20 percent lower chance of dying from injuries, accidents, and heart disease. Men benefited the most from marriage, seeing the most significant dip in mortality rates. Previous research has also shown that men are less likely to take risks, be involved in accidents or consume alcohol and drugs when married.

This new study says the ‘protective effect’ of marriage could also be caused by partners encouraging their spouses to get medical attention and adhere to treatment. Researchers also noted that better financial circumstances and healthier lifestyles come with marriage. In the UK, results show that death rates among single men and women are twice as high as their married counterparts.

The latest study by researchers from Japan’s National Cancer Center said earlier studies have primarily focused on western populations. They said marriages in East Asia have ‘distinct features,’ including being more likely to live with extended family. 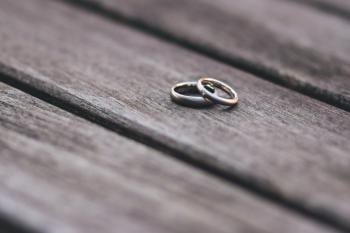 The team examined data on 623,140 people, aged 54 on average, from the Asia Cohort Consortium — a biobank with health data on 1 million people in the continent and their marital status. The vast majority, around 86.4 percent, were married. Unmarried was defined as single people, separated but still married, divorced, or widowed. A total of 123,264 fatalities were recorded during the 15-year study. Most were caused by cancer (41,362), cerebrovascular diseases (14,563), and respiratory diseases (13,583).

The results, published in the journal JAMA Network Open,  showed that people who weren’t married were 12 percent more likely to die from cerebrovascular disease, including strokes and aneurysms, than unmarried people. The death rate for coronary heart disease was a fifth greater at 20 percent.

Unmarried were 17 percent more likely to die from circulatory system diseases, such as heart attacks, heart disease, and heart failure. A 14 percent increased risk of respiratory diseases, including lung disease and asthma, was also found, as well as a six percent higher risk of cancer death.

Even people with underlying conditions, such as cancer, diabetes, and high blood pressure, were more likely to live for longer if they were married. The researchers said that although their study found a correlation, it does not prove causation. They noted several factors that could be playing a role.

Poor people with underlying health conditions may be less likely to be selected for marriage in the first place, for example. They also said their conclusion may not be about marriage status but living with a spouse. Earlier studies have found that people have better health if they live with another person compared to those who live alone.

Lauren McKeithen is a University of Maryland University College graduate who has always had a passion for writing. Outside of writing, she enjoys reading, spending time with her family, and shopping.
read next post

NBA superstar Steph Curry says his parents were integral to his faith journey and that he has made Scripture a central part of his home life with his wife and three children. Curry, a two-time MVP, and four-time NBA champion, commented to Fatherly.com while discussing his new children’s book, I Have a Superpower, which tells the story of […]

Britney Spears Cites Family Abandonment as Cause of her Atheism- “There is nothing to believe in anymore.”

Britney Spears has apparently lost her faith after an audio recording surfaced of her criticizing her sons’ treatment of her and claiming that the situation has caused her to become an atheist. “There is nothing to believe in anymore. I’m an atheist y’all,” she said in the recording, which was formerly on Instagram but […]