Playing ‘hard to get’ has always been a prominent tactic in the dating world and while some may be skeptical of using the tactic in their own dating life, a recent study confirms that playing hard to get does increase a potential mate’s desirability.

The dating tactic has the ability to stroke ones ego or provide a person with the confidence to pursue a partner. There is also a level of uncertainty that comes along with pursuing someone that you aren’t sure is in to you. Mixing the thrill of the tactic, along with uncertainty creates an exciting game of cat and mouse.

The study was conducted by the University of Rochester where three inter-connected experiments were set up. All of the participants were told they would be chatting with another person of the opposite sex, but really they were just talking to a member of the research team. During these experiments, participants were asked to discuss their perception the other person’s potential value as a mate was, how much they desired the person sexually, and how “hard to get” they felt the person they were talking to was.

The results found that participants with a “hard to get” profile were seen more desirable by the person they were talking to across all three experiments than participants who had less selective profiles. Participants across the board felt that if they had to put in more of an effort to gain an individuals attention, they were seen more valuable and sexually attractive.  Participants who spoke with hard to get profiles tried a lot harder to convince the other person to continue interactions in the future.

“Playing hard to get makes it seem as if you are more in demand—we call that having higher mate value,”  said Harry Reis, a professor of psychology and Dean’s Professor in Arts, Sciences & Engineering at Rochester.

“We all want to date people with higher mate value. We’re trying to make the best deal we can,” Reis added.

Dating is always going to be a gamble and people shouldn’t put so much emphasis on one particular method working over another.  The authors of the study suggest using caution when playing hard to get to ensure you aren’t coming off as uninterested or arrogant to a potential mate. They suggested that the best approach to dating is to be semi hard to get. You want to be approachable without revealing too much too soon. 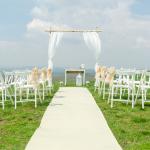 U.S. Marriage Rate Plunged to Lowest Level on Record
archives most recent
More from Beliefnet and our partners
previous posts

The Secret to a Stronger Marriage: Focus on Your Wife This Mother’s Day

To ensure a strong and happy marriage, a husband must give his wife honor and recognize her value. This year on Mother’s Day try focusing on your wife and letting her know you truly cherish her and the value she adds to your family. Throughout the year you may forget just how valuable she is, […]

The COVID-19 pandemic is leading to a surge in online dating. Even with the world at your fingertips, your physical location within the United States can play a huge role in your likelihood to find a romantic partner. WalletHub compared the 50 states across 27 key indicators of dating-friendliness to develop a list of the […]

The pandemic has changed the way a lot of families are splitting up their household chores, and with the extended time being spent at home, more men are saying they have actually split household tasks evenly with their wives, but their wives are saying it’s not quite that even according to a newly released survey. […]

Divorce Rates on the Rise in Coronavirus Quarantine

Quarantine has changed the dynamic of many couple’s marriages, and with the added time couples have at home, it’s become a driving wedge, leading some to consider divorce. Politics, money, chores, kids, lack of intimacy, and boredom have become the reality of most households and everyday quarantine stressors. This has couple’s reconsidering how they feel […]