WME selected DW and Willie Williams of North Carolina who married August 17, 1937 in Newberry, South Carolina. They will celebrate their 82nd anniversary this year.

“We are truly honored and privileged to recognize the Williams’ for their long marriage,” said Tony & Sue Morris and Fr. Tom Ogg, the United States Ecclesial Team for WWME. “We are excited to be able to personally recognize them on June 15th in their hometown of Charlotte,” they added.

The project was created to highlight marriage in America and to show young couples that marriage really can go the distance.

“What a true inspiration Mr. & Mrs. Williams are to all of us. They made a commitment to each other over 81 years ago and they have kept that commitment. They truly are a sign of hope to all of us,” the Morris’ and Fr. Ogg said.

State winners from across the country will be given certificates of achievement and other recognitions by Worldwide Marriage Encounter couples during the month of June, which is traditionally recognized as national marriage month. 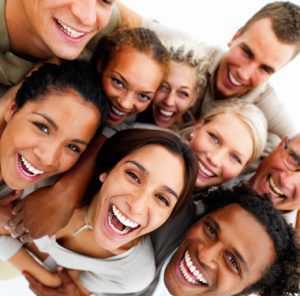 6 Traits of a Bulletproof Police Marriage

If you are currently or have been married, you know it’s tough work. If you want to have a successful and peaceful marriage, understanding the importance of forgiveness and communication is critical. My wife and I were married at a very young age. I packed my bags about 12 times during the first year of […]

Playing ‘hard to get’ has always been a prominent tactic in the dating world and while some may be skeptical of using the tactic in their own dating life, a recent study confirms that playing hard to get does increase a potential mate’s desirability. The dating tactic has the ability to stroke ones ego or […]

Americans are no longer putting a ring on it. The US marriage rate fell to its lowest level on record in 2018, federal stats released Wednesday show. New figures from the National Center for Health Statistics reveal the nationwide marriage rate fell 6 percent from 2017 to 2018, with 6.5 new unions formed for every 1,000 […]