Stunningly, all of the late term abortions seemed to have occurred due to fetal abnormalities, dramatically bolstering the case of pro-choicers that these rare procedures invariably occur because of horrifying fetal defects.
So I clicked on the footnote and looked at the original study.
It turns out the original report, conducted at Maternité Port Royal University Hospital, Paris, France, only looked at late-term abortions involving fetal abnormalities. That’s right, 100% of the abortions showed defects because it was a study of fetuses with defects. 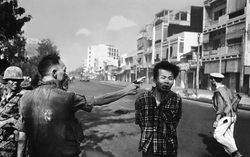