The Surge of the Whitebread Protestants to Obama 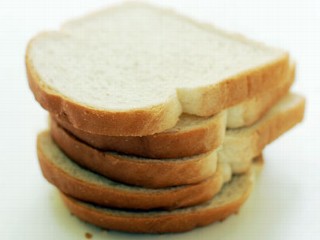 With all the attention showered on evangelical Christians and Catholics, we’ve neglected the religious group partly driving Barack Obama‘s recent surge in the polls: mainline Protestants.
This bucket includes the historic American churches that once dominated the spiritual landscape but have been losing members in recent years: United Methodist Church, Presbyterian Church in the USA, American Episcopal Church, United Church of Christ. Their members represent 18% of the population.

This used to be a solidly Republican group. In 2004, they went for President George W. Bush 54%-46%. This summer, John McCain was leading Sen. Obama among these voters 43% to 40%, according to a study by John Green of the University of Akron.
But an ABCNews/Washington Post poll released Monday showed Sen. Obama now leading among Mainliners 53%-44%, indicating that the undecided voters are breaking heavily for the Democratic candidate.
Why? The superficial answer is, as with so many other questions, the economy. In Beliefnet’s Twelve Tribes study, 68% of centrist Mainliners (what we called “White Bread Protestants”) said the economy was the No. 1 issue compared with just 4% who said social issues.
Growing More Conservative
But that only gets at part of the riddle.

For one thing, Mainliners are traditionally conservative on economics – and surveys indicate that if anything they’ve become more skeptical of big government since 2004. Slightly more than four in 10 “white bread Protestants” call themselves conservative compared with 16% who say they’re liberal. In some ways, Sen. McCain is actually an ideal candidate to appeal to this group – a mainline Christian himself (raised Episcopalian), he talks about fiscal discipline and earmarks.

The Mainline shift to Sen. Obama may be partly an unintended consequence of Sen. McCain’s efforts to energize evangelical Christians, including through the selection of Alaska Gov. Sarah Palin. Though fiscally conservative, mainline Protestants are socially liberal – so they would be unimpressed by the Republican Party adopting the most antiabortion platform ever. Mainliners may be irritated or scared by Gov. Palin’s religious language and beliefs – including her attendance at a Pentecostal church espousing “End Times” theology (that we’re approaching the end of the world and Christ’s return).
In general, Mainliners have grown increasingly uncomfortable with the role the “religious right” has played in the Republican Party. According to a new survey by a progressive group called Faith in Public Life, Mainliners – by a margin of two to one — believe public officials are too close to religious leaders. Evangelicals, by a two to one margin, think politicians should pay more attention to religion.
If you view the campaign as a chess game, Sen. McCain made a bold and successful gambit to shore up evangelicals by picking Gov. Palin – but thereby left several other pieces on the board vulnerable.
Targeting Mainliners, Moderate Evangelicals
Sen. Obama has skillfully capitalized on this. The campaign’s religious outreach arm has initiated 950 “American values” house parties, about 65% of which have been among mainline Protestants. His campaign recently sent out a massive faith mailing targeted at mainline Protestants and moderate evangelicals.
The electoral map makers have insured that these groups get special attention. A list of states with higher-than-average concentrations of Mainliners is also a list of the key electoral battlegrounds: Ohio, Indiana, Minnesota, Pennsylvania, and Wisconsin.
There’s the simple fact that Sen. Obama himself is a Midwestern mainline Protestant. Though thought of as a “black liberation” enclave, Sen. Obama’s church in Chicago was part of the United Church of Christ, a mostly white mainline denomination – and Sen. Obama’s faith rhetoric is more traditional Protestant than Black liberationist.
Sen. Obama’s frequent discussion of his personal faith seemed targeted at evangelicals but may have given comfort instead to traditional Mainliners. “Obama planting seeds in the evangelical garden has borne fruit in the mainline garden,” says Mara Vanderslice, founder of a progressive religious group Matthew25 and religious outreach director for John Kerry’s 2004 campaign.
All in all, the economy is still the driving force in the mainline shift. But these other noneconomic factors help explain why the campaign has seen — as of now — more improvement with mainline Protestants than with other groups.
Reprinted from Steven Waldman’s Political Perceptions column at WSJ.com
read next post