“God Taught the Children of Israel Not to Intermarry” 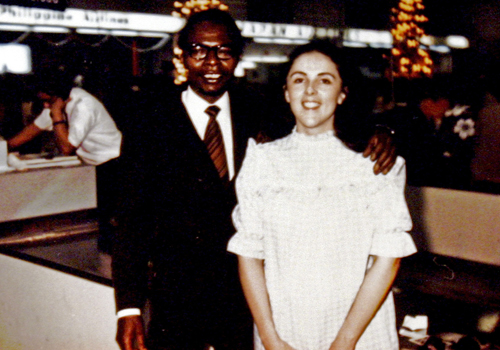 Today’s New York Times package on race and the election included some horrifying anti-black quotes such as, “He’s going to tear up the rose bushes and plant a watermelon patch.” But more fascinating is that miscegenation – the fear of interracial marriage – was mentioned even more. And at least two of the interviewees offered Biblical justification for their views.

“He’s other. It’s in the Bible. Come as one. Don’t create other breeds.”
–Ricky Thompson, a pipe fitter who works at a factory north of Mobile, Al.
“I would think of him as I would of another of mixed race. God taught the children of Israel not to intermarry. You should be proud of what you are, and not intermarry.”
–Glenn Reynolds, 74, a retired textile worker in Martinsdale, Va.

When Obama first ran, my father, who’s in his 80s, predicted that Obama having a white mother might be comforting for some but would freak out others. He’s old enough to remember what I’d forgotten, that anti-black sentiment in the 1950s and 1960s was often just as much about purity and race mixing – and the threat to white women – as it was about anti-black stereotypes.
I admit to being surprised that people would still use Biblical justification for these things. It’s easy to forget that religion was used as a justification for slavery for more than a century.