To move or not to move

Leonard is a handsome young man who was separated from him siblings at birth.  The State of Florida convinced his widowed mother that she could not take care of another child, especially one who was intellectually disabled like Leonard.  Therefore, the other children never knew about their brother.

The brothers and sisters were all under eight years old; and they didn’t understand that their mother was pregnant when their father died.  When she left for a few days, they didn’t know that she had a baby.  She made weekly trips to visit him every Saturday; but she never told them about him.

As their mother was about to die, they learned about their brother.  They began a search; but they could not find him.  Finally after 15 years, they simply googled his name and found him.  These are successful men and women who are Christians.

Even though it had been more than 30 years, they arranged a meeting.  Then they began to schedule visits with him.  Several months ago, they moved their brother to another city in our state which is much closer to them.  Reports from him have been discouraging.  Our understanding is that Leonard has tried to commit suicide.

I have no idea that this report is true.  However, this I do know.  It is a tricky thing to move a family member away from their friends and familiar surroundings.  Many times, siblings make promises to their parents that they will take a brother or sister who is developmentally disabled into their homes when the parents die.

Most siblings try hard to fulfill this commitment.  However, there is one factor than many parents and siblings forget to consider–the person who is mentally challenged.  Many times, they don’t want to move.  They have friends and their lives are established.  They must leave their homes, their rooms, all their things.  At times, siblings need permission to be released from an unworkable situation.  Other times, siblings may need added help in finding ways to help their brother or sister adjust to new surroundings.

While Leonard is a member of the mentally challenged community, there are millions of parents and children who are needing help.  Old family structures are changing.  Middle aged children are now taking care of their parents.  Adult children are no longer moving from their family home until late 20’s or early 30’s.  Have you found something that works in these hard situations? 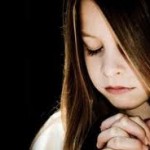