Communication: I don’t understand it

Recently, I visited a neighboring Special Gathering program to practice our Christmas music. We are a ministry within the mentally challenged community.  I am the director of four of our choirs.  It seemed like a good idea. However, it appears that I really messed up.  After the practice, I heard that I “put down” this great choir.  I was shocked because I was so completely impressed with them that I thought they were the best choir of the four with which I’ve worked.

In my attempts to compliment this choir, I assume I mixed up the names and somehow the result was that the choir felt insulted.  That was the last thing I wanted to do.  Fortunately, the choir members told someone; and I was able to straighten out the misunderstanding.

Communication is perhaps the most tricky thing that we do as Christians.  Often, when we are trying to show compassion, we are accused of being harsh or judgmental.  Our great intentions can be viewed as meddling or interference.

I wish I could give some great pointers that would direct you to a better way of communication; but, as my recent experience shows, I’m still a novice in this area.

I am encouraged, however, when I read the scriptures.  Two great Titans of the faith, Paul and Peter, became meshed in the lack of communication webbed tangle.  Paul rebuked Peter who sat with the Jews at a meal when Gentiles were also partaking at the meal.  This was seen as an insult to the Gentiles.  It was a pretty stupid move on the part of Peter and probably deserved rebuke.

Peter, on the other hand, wrote that Paul’s teachings were so complicated that, at times, even he could not understand what Paul was try to say.  This gives me encouragement, because I often find my eyes glazing over while reading Paul’s letters.  Even though, I’ve read them hundred’s of times, I’m still perplexed by what Paul actually meant by certain sentences and paragraphs.

There are a couple of things I have learned when communication turns sour and you are the offending party.

Will these steps erase all offenses?  No. But they may go a long way in helping you to mend important fences in your life. 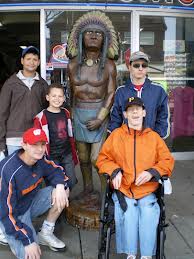