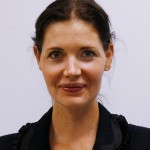 Kelli Kennedy of Associated Press assigned to Miami, FL reports that the State of Florida has plans to “dump” as many as 3,300 children with disabilities into adult nursing homes.  Because of drastic cuts in the budget, there are plans to pull these children from their permanent homes and put them into places designed for elderly adults.
As many as 200 children have already been placed into nursing homes, according to Ms. Kennedy.  For more information, a portion of her report is below.  Click into her complete story for details.

By KELLI KENNEDY
More than 3,300 children with disabilities are at risk of being pushed into adult nursing homes because the state is slashing nursing and other services that would otherwise keep them at home with their families, according to a lawsuit filed against state health officials.

The lawsuit mirrors a letter sent this week by federal officials to Florida Attorney General Pam Bondi alleging the state is violating federal law by allowing more than 200 children with disabilities and even babies to be kept in nursing homes, often for years.

The suit and federal regulators say children languish in facilities, sharing common areas with elderly patients and having few interactions with others, rarely leaving the nursing homes or going outside. After visiting children in six nursing homes, investigators noted the children are not exposed to social, educational and recreational activities that are critical to child development. Educational opportunities are limited to as little as 45 minutes a day, according to a detailed letter sent Tuesday by U.S. Department of Justice officials.