The story is told of a mine worker in Ireland during the great potato famine of 1847.  He brought his lunch each day to work; but he ate alone.  Stealing away from his coworkers, he would then open his lunch pail.

The other workers burned with curiosity wondering why he was hiding his lunch.  They assumed that he had some delicious morsels that he refused to share.  Finally, they could stand the suspense no longer.  Someone opened his lunch pail to find that it was full of potato peels.  While his children were given the potatoes for their lunches, he took the peels.

His great sacrifice was actually assuring him that he would get most of the vitamins and minerals that are contained in the potato.  Not understanding what science has revealed to us in recent years, this father was enriching himself–rather than his children–with his sacrificial giving.

While we have no idea whether this story is true or not, it doesn’t really matter.  Almost every child could tell a similar story of their parents’ sacrificial giving to benefit his or her childhood.  The principles of self-sacrifice have shown that when we put others above ourselves, we are the ones who benefit the most.  Jesus said in Luke 6:38 (NIV), “Give, and it will be given to you. A good measure, pressed down, shaken together and running over, will be poured into your lap. For with the measure you use, it will be measured to you.”

And these are the principles that have hallmarked the growth and success of Christ’s teachings. I’ve worked within the cloistered sub-culture of the mentally challenged (developmentally disabled) community as an area director with The Special Gathering for more than 20 years.  I see parents who give with amazing sacrificial love.

Though her Master’s degree is in education, Margie gave up her career to take care of her two autistic sons who are both housebound.  The only breaks she gets are in the morning when the state provides caregivers who bathe them or when her husband can break away from his busy career to relieve her.

Jim was born with the cord wrapped around his neck. The medical doctors believed that the damage was so severe that he would never be able to function or do anything for himself.  Their prognosis was that he would be a vegetable for all his life.

A successful NASA engineer, Bob and his wife took their son home against the advice of the doctors.   “He’s our son; and we will take care of him,” they announced.   As a result, their son holds down a job, bowls and goes to the Rec Department dances every week.  He has a girl friend and lives with his friends in a group home.   Most of all, he loves Jesus with all his heart.  He is a dynamic witness for his Lord through the love he pours into the lives of others. 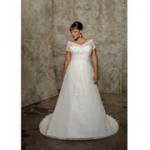