The Paper Clip and the boat

Have you ever examined a paper clip?  Though the actual inventor is disputed, it was patented by Johan Vaaler.  He was an inventor who was struggling with the big problems of the patent office where he worked.  One of the large problems facing Vaaler was how he could organize all the papers with which he had to work and file.

The story is told that one day, sitting at his desk he found a piece of straight wire.  He started to bend it.  Then he realized that it could be used to help papers stay together when he bent it in a certain way.  It was strong and it would work.  This inventor learned that sometimes it is the little things that bring us success and make us very successful.

The disciples also learned simple things, like obedience, are important to the Lord.  In Luke 5:1-11, we find that as Jesus was teaching, the crowd of people pressed toward him.  Jesus wanted to get away from the press of the crowd.  He got into a boat that was anchored on the shore.  After he was finished teaching, Jesus told the boat owner–who was Simon–to go into the deep part of the lake and fish.

Peter, James and John had worked all night and caught no fish but they obeyed.  They caught so many fish that it filled two boats.  Jesus told them that from that time, they would still be fishermen but they would catch men–not fish.  They would be fishers of men.

They were learning that obedience must be in the little things.  They needed to allow Jesus to use our stuff.  They also found that it was wisdom to go fishing  when he told them to do it.

As a child, there was a question that was asked often by leaders in my church,  “What if the communists came and took over our church?  Would you deny Jesus?”  I was terrified that I could not stand for Jesus.

As an adult, I found that it was the little things that made me stumble.  It wasn’t the big things like denying Jesus when times were tough. 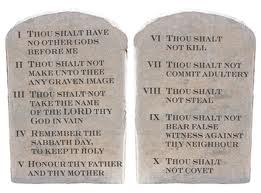 Imagine,  all of the law of God can be wrapped up in 10 simple sentences–the 10 commandments.   I wanted to do big things for the Lord; but God required me to live a simple life.

My gut told me that my life would count for God.  I was right and my life does count for God; but only when I obey the Lord in the simple things.  What are some of the things that God wants from me?

Obedience gives us success with God and a confidence that He will give me strength when it is needed.  I can get answers to the simple things of life.  I can even be assured of strength to stand for what is right should an enemy come and wants to harm me.