Every Friday, “Science and the Sacred” features an essay
from a guest voice in the science and religion dialogue. This week’s
guest entry was written by Peter Enns. Enns is an evangelical Christian

scholar and author of several books and commentaries, including the
popular Inspiration and Incarnation: Evangelicals and the Problem of the Old Testament

, which looks at three questions raised by biblical scholars that seem to threaten traditional
views of Scripture. This is the third of his multi-part series on an incarnational model of Scripture.

As I mentioned in an earlier post, since the nineteenth century, the discovery of texts and artifacts has given scholars a backdrop against which to understand more clearly the nature of Israelite religion in general and Genesis specifically. The texts that were discovered in the nineteenth century contained Mesopotamian stories of creation and a flood. The names of these stories are known to us as Enuma Elish, Atrahasis, and Gilgamesh.

These texts were written in Akkadian, the language of the ancient Assyrians and Babylonians. It was a new language to scholars and it took a bit of time to decipher them, but once these texts were translated, their impact was immediately felt. Whereas beforehand, the biblical creation and flood stories could safely be read in a self-referential manner, these texts placed Israelite religion in a larger context. It was inevitable that discerning readers would begin comparing and contrasting Israel to her neighbors and forbearers.

Placing Israel in its broader cultural and religious context has been referred to as the “comparative approach.” This is a sometimes-maligned term, as it is unfortunately understood by some to imply that Israel was simply copying or “borrowing” what was around them. This is not the case. Rather, the literature of Israel and that of her predecessors and neighbors reflect a common way of looking at the world.
The value of these ancient texts is not in telling us from where Israel got her ideas. Instead, they help us understand what kind of a text Genesis is. I like to refer to this as “genre calibration.”

By comparing Genesis to the creation and other primordial tales that other cultures of antiquity produced, we gain a clearer understanding of the nature of Genesis. I understand that some object to allowing something outside of the Bible to tell us what the Bible is doing. It seems to put ancient stories on the same level as the Bible, so to speak. But the fact of the matter is that faithful readers of the Bible looking to things outside of the Bible to help us understand what the Bible is doing. A glance at a good study Bible will put to rest any notion of trying to isolate the Bible from its ancient setting.

To put it another way, genre calibration guides us in seeing what we have a right to expect from Genesis. To cut to the chase, despite whatever unique elements we see in the opening chapters of Genesis, comparing and contrasting Genesis to the Mesopotamian texts discovered in the nineteenth century (not to mention to the broader ancient Near Eastern world of subsequent discoveries) leads to the conclusion, quite inescapable in my mind, that Genesis 1-11 is not prepared to answer the kinds of questions that occupy modern scientific or historical studies.

The biblical descriptions of creation and the flood are ancient texts that address ancient issues within the scope of ancient ways of knowing. These stories are not to be read as if overlapping with or informing scientific investigation of human origins or modern notions of historiography. To think that they do is a genre misidentification of a most fundamental order.

But there is something more important than just excluding certain genre options. Calibrating the genre of Genesis by ancient standards will lead to positive articulations of the nature of Genesis that also respect its ancient setting. In the Genesis/science dialogue, it is not enough to say “we know that Genesis is not science” and be done with it. We must also attempt to articulate, in as direct and unflinching manner as possible, what Genesis is. What was the book of Genesis written to do?

Addressing this question will help us articulate positively how Genesis contributes to Christian thought. The synthesis of Christianity and evolution is all too often perceived as taking something away from Genesis (its literal, historical, scientific value) and leaving nothing behind. Rather, a comparative approach will leave us with a proper notion of what Genesis contributed to ancient Israelite thought, what it now contributes to Christian thought, and the extent to which that entire dynamic can be brought into the Christianity/evolution discussion.

A comparative approach, therefore, has helped modern readers “calibrate” the genre of Genesis, and thus has helped us understand how to read it 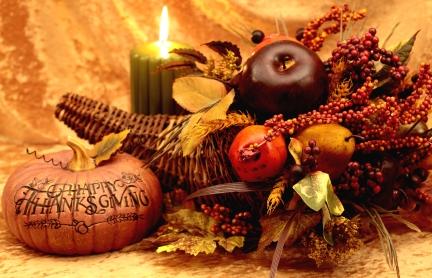