Science vs. Religion: What do scientists say?

I dropped by a colleague’s office today carrying a copy of a new Oxford University Press book, “Science vs. Religion: What Scientists Really Think,” by Elaine Howard Ecklund. “Have you seen this?” I asked her. “It’s really great.”
“You know,” she said. “We funded her research.” Sure enough, Ecklund, a Rice University sociologist, credits the Templeton Foundation with primary support for her data collection. I tell you this up front so you won’t think I’m praising this book as some sort of professional obligation. It’s truly an enlightening book, one that promises to change for the better the way we see the science-religion dialogue.
Sociologist Ecklund surveyed 1,700 scientists, and conducted personal interviews with 275 of them at elite American universities, seeking to find out what their views on religion were. She writes:

After four years of research, at least one thing became clear: Much of what we believe about the faith lives of elite scientists is wrong. The ‘insurmountable hostility’ between science and religion is a caricature, a thought-cliche, perhaps useful as a satire on groupthink, but hardly representative of reality.

She says that it’s important that we understand the true complexity of the science vs. religion debate, so that we don’t “cede ground to hotheads” on either side, who are interested in ramping up conflict when it doesn’t really exist.
Unsurprisingly, Ecklund found that 64 percent of scientists are either atheists (34%) or agnostic (30%) — about 10 times their number in the general U.S. population. Only nine percent of scientists say they have no doubt about God’s existence (vs. 63% of the general public), but a surprising 27 percent of scientists have some belief in God, ranging from having some doubts, but affirming belief (9%), believing in God “sometimes” (5%), or believing in a higher power that’s not God (8%). I don’t know about you, but I am startled to read that so many scientists are open to religious belief of any sort.
Why is that? In part it’s because religious scientists tend to live closeted lives, fearing backlash from their professional colleagues. One social scientist interview, called “Joel,” said “in a discouraged tone that “the main battle you find in academia is simply getting people to take [religious questions like] the question of whether there might be a God or not, seriously.”

Joel seems to be right. I talked with a chemist at a Big Ten university who said that questions about why we are here and the purpose of the universe are simply uninteresting to him. (To his mind, these are the kinds of questions about which religion is generally concerned.) What did matter to him was what could be tested by scientific experiment. If the answer to a question could not be found through science, then why ask it at all?
…Over and over, from school to school, I discovered sentiments similar to those raised by [atheist scientists]. These scientists found questions addressed by religion so utterly insignificant that they did not want to waste time thinking about them. For them, science had superseded religion. It was not restricted to doing experiments in their labs but offered a pervasive worldview, a way of conceptualizing and talking about life.

Ecklund reports that most non-believing scientists she interviewed saw religion as a waste of time, but a small proportion of them saw it as an active threat to science. She writes, “They often have a narrow definition of religion, seeing all religion as (indistinguishable from) fundamentalist Protestantism.” They also have a similarly Manichaean view of science, and are committed to what she calls a “conflict paradigm.” Ecklund — who is herself, remember, a social scientist — laments that so many scientists, despite being the most educated people in our society, remain largely ignorant of religion and religious people, and thus have no idea how to talk about science and religion.

Among Ecklund’s other fascinating findings:

+ in the general population, older people are more likely to have religious faith than younger people — but among scientists, it’s younger scientists who are more likely to believe in God and go to religious services.
+ Evangelicals are vastly underrepresented among the elite scientist population, relative to their size in the general population, while Jews, Buddhists and Hindus are heavily overrepresented. (Caveat: 75 percent of Jewish scientists call themselves atheists, and see their Jewishness as a cultural and ethnic category). Interestingly, Ecklund found that even when scientists fit the traditional description of an Evangelical, there was “considerable reluctance” among them to use that term as a self-descriptor. That Evangelical scientists don’t want to be called Evangelical strikes me as significant.
+ Religious scientists tend to say their religion affects the way they do science not in the way they do science itself, but in the way they think about the moral and ethical implications of their science on the wider world. And they say their religion affects the way they treat their colleagues. Writes Ecklund, “[One] biologist contrasted himself with some of his nonbelieving colleagues who “don’t like to see success in other people, because they think it makes them look bad.”
+ Scientists who do have faith generally identify themselves as religious liberals.
One of the big issues Ecklund identifies is the way religious scientists feel that they have to live in the closet about their faith, or suffer professionally. Writes Ecklund:

[R]eligious scientists generally tried to keep their faith to themselves because of the perception that other faculty in their departments think poorly of religious people and religious ideas. Whether or not this perception is true, it perpetuates a closeted faith and a strong culture of suppression surrounding discussions of religion within departments. Although Jack thought there were no other Christians in his department, I found through my research that there were some. They were practicing a closeted faith, but they were interested in the same kinds of issues surrounding faith in the academy as Jack was.

She writes about a physicist at an elite East Coast university who feels trapped by a climate of anti-religious discrimination. “Janice” is a Christian who says she has not experienced discrimination, but only because most of her colleagues have no idea about her faith. The climate surrounding discussion of religion in her school is so hostile that she’s afraid she would suffer professionally if colleagues knew she was a believer. This is doubly frustrating to Janice because she sees so many religious people devaluing and undervaluing science, and believing that they have to do so for the sake of religious orthodoxy. Ecklund again:

Janice would like to see more done to translate science to the broader public but feels stuck within her closeted faith. Because of what she sees as threats to her career, she’s in no position to serve the religious American public as a spokesperson for the science that she so dearly values. When religious scientists feel suppressed, science loses its most fluent translators to the broader American society.

But what about somebody like Francis Collins, director of the Human Genome Project, who speaks openly about his Evangelicalism? Ecklund finds it “very telling” that both religious and nonreligious scientists went on about how much they dislike Evangelicals, but not one had a bad thing to say about Collins. Ecklund suspects that the fact that Collins’ faith didn’t become public until after he had become one of the nation’s top scientists explains this, and raises questions about whether or not a junior scientist who outed himself as a religious believer would have the same chances to succeed.

On the other hand, Ecklund finds that religious scientists — perhaps because of the fear they have of suffering professionally if their faith were public — don’t realize how many of their nonbelieving colleagues are genuinely open to a respectful dialogue about religion. This has led to a situation in which the door stays firmly shut on the faith closet among scientists.
Ecklund writes that her research findings lead her to conclude that scientists who want to advance the cause of science should work harder to talk to a more diverse cross-section of people, not just scientists. They need to open their eyes to the fact that religion is not going to go away, and that religious diversity is real; it’s simply untrue that all religious people are fundamentalists, or are even alike (scientists’ stereotypes about Evangelicals cannot be sustained by the evidence either). Scientists should recognize the limits of science (i.e., what science can and cannot do), and scientists who are religious believers need to find the courage to come out of the closet and talk publicly about their faith, and how it plays into their work in science.
Conversely, the public needs to recognize that atheists are not always hostile to religion. It should also recognize that just because a scientist is not traditionally religious, that doesn’t mean he is uninterested in spirituality. And science is not the main reason people of faith lose their belief.
In the end, “Science vs. Religion: What Scientists Really Think” is a refreshing and hopeful book. Its findings deserve wide notice — and discussion. With this book, Prof. Ecklund has done a great service to science, to religion, and to the common good. 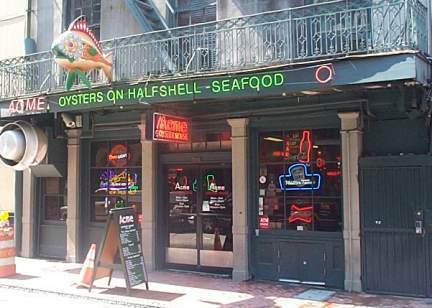