I’m too young to be a Grandpa…again!

With Mother’s Day just 2 weeks from now, there’s a mom who is selling beautiful Mother’s Day cards that will help hundreds of orphans and vulnerable children in Ethiopia. You’re going to buy a card anyway, check these out and pick up a few for the moms in your life.

Buy Mother’s Day cards that do something.

I’ve also been thinking about Mother’s Day because any day now, my daughter Lena will give birth to her first child. (And believe it or not this is my second grandchild and I’m barely 40!)

Lena and I met years ago when she was a student enrolled in one of HopeChest’s programs. She grew up in an orphanage, and despite the odds against all orphaned children, Lena learned English and pursued a fulfilling career.

More than anything she wanted to study in America.

Too old for Emily and I to officially “adopt,” Lena has been our daughter despite what any judge or government has decreed. Family is more than names on a birth certificate.

In 2007, she came to the United States to live with us and work at Children’s HopeChest. There she met her husband. And I had the dual honor of giving her away at her wedding AND performing the ceremony. The room was filled with friends and family from across the country. Some had met Lena when she was a young girl in Russia. Others had only known her for a short time since she moved to the U.S.

Very soon, she’ll give birth to her first baby…something that could happen literally any minute now (and may have happened by the time you read this post).

Lena’s story is remarkable, and I am humbled to have played any part in how God has transformed this young woman’s life into something so beautiful.

In John 10:10, Jesus says, “The thief comes only to steal and kill and destroy…”

The first chapters of Lena’s story, much like millions of other children, was filled with those themes. Yet today her life looks nothing like those early pages. Her true story is much more fabulous…it is “God-authored.”

Orphans and vulnerable children are robbed not just of a basic human right to family. No, it is much, much deeper than that.

They are robbed of their God-given design. Childhood’s are stolen from them by poverty or AIDS or alcoholism or crime. They were designed to live as children with the protection of a mother and father.

But too many children have been robbed of that essential nature of what it means to be a child. Instead of protected they are hunted by predators both physical and spiritual. Instead of loved they are despised as unlucky or cursed. Instead of valued, they are taken advantage of by the world. Whether they are swindled by an unethical landlord or boss, tricked into becoming a prostitute, trapped as a child laborer or slave–the story is essentially the same.

The thief steals their family, then destroys them.

But it does not end there.

There is an army of thousands of people–maybe tens to hundreds of thousands–who have taken up the cause of these children. They have embarked upon a daring and dangerous mission to put back what the enemy has taken from these kids. They stand on the other half of John 10:10:

“I have come that they may have life,and have it to the full.”

To the full. Not halfway, or almost there. Jesus comes to bring life to the fullest. So full it looks like it’s going to spill any minute.

How do you think a child like Lena or any child can overcome poverty, abandonment, or violence?

Yes, you. Not a government or agency. People are changed by other people. People are rescued by the hope of Jesus Christ made real to them in the form of another human being. This is how the Gospel spread in the first century…by the actions and the words of the apostles and early believers.

We can’t outsource it, we can’t delegate it. It’s our heritage and legacy to be the complete Gospel, in human form, delivered to those in need.

This is how Jesus’ promise of “life to the full” is fulfilled. 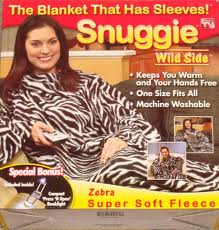