What would you do if you won the $540 million Mega Millions jackpot? 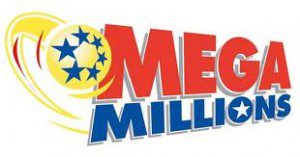 Let me say, “May the odds be ever in your favor.”

Actually, you have a much better chance of winning the Hunger Games than you do winning the Mega Millions tonight. How long are your odds? According to one statistician interviewed by the LA Times:

If you were the sole winner and took the lump sum of $360 million, you would automatically have 25% ($90 million) withheld for federal taxes. With $270 million parked in your bank account, what would you do?

Jesus said, “Where your treasure is your heart will be also.”

A good way of predicting what you’d do with your winnings would be to look at how you spend and invest money now. Why would you make different decisions just because you have more zeros at the end of your bank balance?