Tricked by a friend, trapped in the sex trade 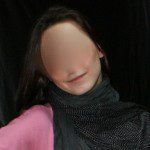 More than 30,000 girls in Moldova have disappeared without a trace. Here is one true story from our partners at Beginning of Life.  If you would like to support the work of Beginning of Life, you can purchase a shirt or make a donation to Children’s HopeChest.

When Marina was 13, her mother died and she was sent to live in an orphanage in Moldova. Even when Marina’s mother was alive, she spent most of her time in jail.

Once in the orphanage, Marina became fast friends with Nadea, an older girl who began having a bad influence on Marina. First it was revealing clothes. Then came the smoking and drinking.

What Marina did not know is that Nadea was already involved in prostitution. Nadea bought gifts for Marina, and told her about the fabulous, wonderful life she could have.

One night coming home from a party, Marina was raped by a taxi driver. Just 15 and traumatized, Marina drew even closer to Nadea.

Then, Nadea suggested that Marina go to live with her friends, some gypsies who according to Nadea were good people and would let the girls stay with them. This worked fine for a few weeks…until the gypsies forced Marina to work as a prostitute.

At the time, Marina did not realize that her only friend in the world, Nadea, had intentionally tricked her into becoming a prostitute. Nadea was being paid every time Marina was prostituted to another customer.

She fought at first, but soon gave up.  She could see no way out. Tricked by her friend, and trapped by the sex trade, Marina was stuck.

Eventually the police broke up the prostitution business, and Marina was sent to the Beginning of Life rehabilitation home. Nadea was sent to a different home, but the two girls kept contact. It was only after Marina discovered the truth about her “friend” that their “friendship” broke down.

When she first entered the home, Marina was understandably hard-hearted. “Don’t tell me about God!” she would say. “I don’t believe in Him.” Can you blame her? Abandoned by her mother, tricked by a friend, and sold as a prostitute? Those are pretty hopeless circumstances.

But God was not done with Marina.

She began to catch up on her school work, raising her grades dramatically. She’s found real friends who accept her. She has made a decision to stay in Moldova. Remember, thousands of people leave Moldova because it is the poorest country in Europe and they go to find work elsewhere.

Marina now says, “I want to build my future in Moldova.”

Today, Marina is a different person. After living in the Beginning of Life home, she’s become softer, and her attitude has changed. Where she was closed and hard-hearted, now she is ready to help others. And, she is attending church, and prays regularly. She believes God exists and will help her.

Vladimir, the director of Beginning of Life, said, “She is beginning to understand that her personal growth is needed to her more than to anybody else. She is determined to change.”

You might say, “What can I do?” You can start by purchasing a shirt from HopeChest. Is that enough? No, but it’s a start, and we all start a journey at the beginning and usually with a small step. 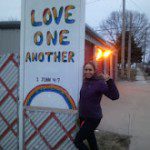