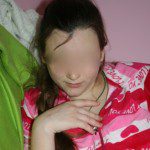 27 million. That’s the estimated number of modern day slaves. Including all forms of slavery such as child labor, forced prostitution, domestic servitude, debt bondage, etc. 27 million. For comparison, 27 million people is triple the population of New York City. 27 million is the combined population of Florida and Georgia.

Imagine every man woman and child in Atlanta, Miami, Orlando and everywhere in between being forced into slavery.

Now here’s an easier number to grasp. Eight. That’s not hard for me. I have 9 people in my family. I have friends with more. Eight people is four couples on a date. Eight is a youth basketball team. Eight is a small number. Nearly insignificant.

Today we need to care about the eight. Right now in Moldova there are 8 women living in the Beginning of Life rehabilitation center for the survivors of human trafficking. Just eight women live there, trying to rebuild the most delicate and complex parts of their lives. [Buy a shirt to help support these women’s rehabilitation from sex trafficking.]

Each has a different story played in the same key. Tricked, trafficked, and trashed.

Their bodies were used for profit. They were created in the image of God, and through the work of evil people they were systematically abused in the most profound ways. But their story didn’t end there…

Today you can care for these eight women. Right now they are going about their daily routine at the Beginning of Life home, working with counselors and therapists to journey toward healing and wholeness.

It may seem like buying a shirt is no big deal. Here’s why I think it is.

1. It provides financial support. Your purchase provides funding for these 8 women, and the next 8, and the 8 after them. Rehabilitation is long-term, and expensive.

2. It will start conversations. When asked about it, you can share the story of the Beginning of Life home in Moldova, and bring even more people to the cause.

3. It’s a starting point. Get more involved in justice and trafficking issues this year. There’s lots more you can do to fight slavery, this one just happens to be buying a shirt.

We all start somewhere, usually at the “beginning.” That’s one reason why I love the name of our partner ministry in Moldova, “Beginning of Life.” For these women, it is a new beginning. One you can be part of and support today. 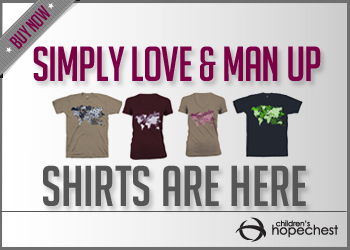 It wasn't a normal cafe...
archives most recent
More from Beliefnet and our partners
previous posts