Confessions of a Good Christian Guy

My latest book, Confessions of a Good Christian Guy, is a available on Amazon and hits stores in February. Frankly, this was a difficult book for me to write. Not just because it’s a bit seedy – dealing with real issues men face but don’t like to talk about – but because it’s about the darkness of my past. My real story about what occurred early on in my life that I’m not proud of. But hey, if I’m going to write a book encouraging men to live with NO secrets, I can’t have any myself now can I? Hope you enjoy it. At the end of each chapter I’ve incorporated much of the leadership training I’ve done for Fortune 500 companies as a way for people to choose a different path and create a strategies for freedom. Here’s a portion of the press release:

DEEPEST SECRETS OF CHRISTIAN MEN REVEALED
(Nashville, Tenn.) It’s not hard to define what a “good Christian guy” is, right? They are the men who seem to have it all. Good job—check. Loving wife and family—check. Solid relationship with the Lord—check. Most people would be shocked to learn that lust, greed, infidelity, substance abuse, pride, and materialism also can have deep roots in the lives of many Christian men. Life’s most challenging issues are not saved just for the faith-less. Even “good Christian guys” grapple with these difficulties on a daily basis.
Author Tom Davis is a self-described good Christian guy. He also is a sinner. He has wrestled with difficult issues, and admits that since coming to Christ, he has sniffed cocaine, been sexually promiscuous, and spent time behind bars. His life is by no means perfect. He is saved, but he is also fallen. In his new book, Confessions of a Good Christian Guy, The Secrets Men Keep and the Grace that Saves Them (Thomas Nelson Publishers, January 2008, ISBN: 978-0-7852-2806-6, $14.99), Davis explores the darkest corners of the lives of men like him—men who are outwardly upstanding citizens, church leaders, and pillars of their communities. His new book is not a lurid expose, but instead is an honest, thoughtful exploration of the damaging secrets that often lurk behind the perfect façade that some Christian men have so carefully constructed.
For some Christian men everything seems fine on the surface, but on the inside often there are cracks in the veneer, as they repeat destructive behaviors and succumb to temptations. Davis explains that sometimes inviting Christ into one’s heart does not immediately mark the end of the brokenness and pain that many men feel. 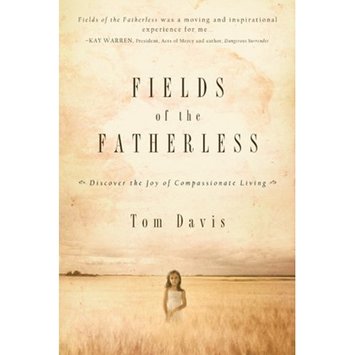