Welcome to The X Factor’s first voting results show! Which of the twelve acts who performed last night will go home tonight?

Steve Jones tells us that we’ll first find out who the top 10 acts are and then the bottom two acts will have to sing off for the judges to make a final decision on which act stays in the competition and which act goes home.

We start with a group sing of Usher’s Without You. They’re brought in one at a time to do their solo bits with the others occasionally in chorus. Oops! There’s a major lip sync error by Leroy Bell! So now we know that at least some parts of the audio to the group sing is prerecorded.

Now it’s time for a guest act. It’s Outasight, singing their worldwide premiere of Tonight is the Night. Good thing Richard Andrew has some shades on, because those flashing stage lights are bright! Dressed in a suit and tie, he’s joined by several groups of dancers and he belts out the song. Not bad.

After the guest act, Steve Jones now tells us, “It’s time to get serious.” — After the break. 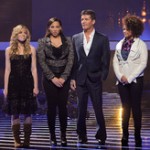 Now already half an hour into the show, we still haven’t missed anything. We’re reintroduced to all of the acts once again, along with their mentors, as they come onto the stage. It’s L.A. Reid and the Boys, Simon and the Girls, Paula and the Groups and Nicole and the Over 30’s. In “no particular order”, the top 10 acts will be named. 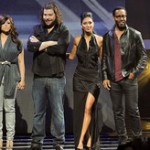 After the break, the names are revealed more quickly, as the hour is already running short. The next seven through are Leroy, Astro, Lakoda Rain, Rachel, Chris, Josh, and Melanie. Stacy is left standing up on the stage with two of Paula’s groups, the StereoHogzz and InTENsity. Stacy is looking sick as everyone waits for the tenth name to be called out by Steve Jones. Her name is announced and she goes and hugs Nicole.

Poor Paula! Her best act, the StereoHogzz are in the bottom two along with one of the mash-up groups, InTENsity. They’ll have to sing it off for their survival and the judges’ decision. Apparently, America isn’t into groups. 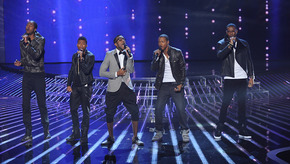 The Stereo Hogzz are first up. They sing Emotions by the Bee Gees. They’re alone on stage without all of the dancers this time. It’s a purely vocal performance by these guys, mixing solos and choruses in fine harmony. Their performance lacks the polished choreography they’ve shown before and it’s somewhat predictable, but nonetheless they’re pleasant to watch and listen to. Scorecard: B+ 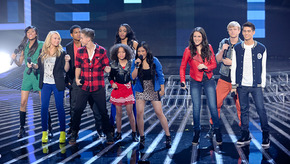 Then InTENsity launches into Kelly Clarkson My Life Would Suck Without You, starting off with a soloist while the others around her dance haphazardly. Some more solos and choruses are mixed in as the song goes along, with differences in style and talent being fairly obvious. You can tell they’re trying hard to stay in, having been tossed together as a group by the judges earlier. It looks like a high-school talent show in imitation of Glee. Scorecard: C+

This shouldn’t be too difficult for the judges to decide on. Changing things up, they’ll say who they think should leave the competition, not who stays. Simon, saying that his decision is based on what he’s just seen, casts his the first vote against the StereoHogzz. Paula first has to tell them they’re all winners before she votes against InTENsity. Nicole follows suit. Now, it’s up to L.A. Reid. If it’s a split vote, the lowest vote total goes home. Steve has to interrupt L.A. for him to make a decision before the scheduled air time expires.

L.A. decides to go along with Paula and votes the InTENsity group off the show.

That’s all for tonight folks. Stay tuned for the next live performance of eleven acts next week! 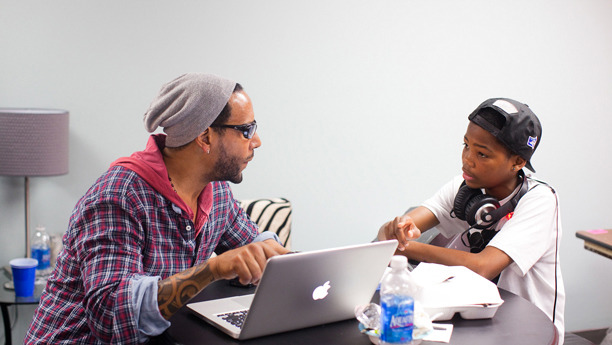