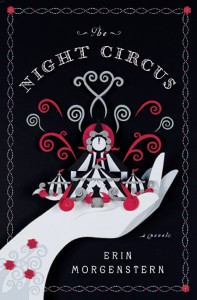 Yes, speculation has been rampant for some time on who is going to fill the gap left by Harry Potter now that the final movie installment is out. Well the frontrunner seems to be  Erin Morgenstern’s “Night Circus”.  It debuts this fall and Hollywood is already circling around it with dollar signs in their eyes.

The book doesn’t seem to take you into to the world of wizardy and doesn’t necessarily seem to be set up for a long series of novels. It also doesn’t appear to be geared toward tweens exactly.But it does take the reader into a unique, magical world of a circus – a circus only open at night and then closes at dawn. Check out an excerpt and see what you think fantasy fiction fans.

read next post
Twenty-Five Books That Have Shaped America's Faith, Part 2
archives most recent
More from Beliefnet and our partners
previous posts

Thank you for visiting Read My Mind. This blog is no longer being updated. Please enjoy the archives. Here is another blog you may also enjoy: Inspiration Report Happy Reading!!!

Many books have already been published about Steve Jobs and his career and unparalleled success. But two books containing some of Steve Jobs own words will now be published posthumously. Jobs authorized biography “Steve Jobs: A Biography,”  was going to be released in 2012, but perhaps because those around him knew of his medical issues […]

I try to support some pretty high brow reading here on this blog , doing my best  to bring a little awareness to some excellent, but not mainstream , spiritual reads. However, this month I will t to read a little pulp fiction, a little romance, a mass market paperbook or two in honor of Breast […]

It’s National Banned Book, that time of year when freedom of speech and the written word are celebrated. As a teacher I have  dealt with my own battles to keep certain books on the classroom shelves and I may post more on that later. Right now I am having fun watching many of the videos […]