The Challenge of Ramadan and Charitable Giving 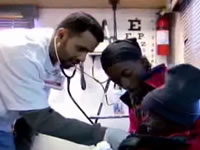 One of the most important tenets of Islam is charity, and it is during Ramadan when Muslim pocketbooks open most freely. With our hearts softened through the rigor of fasting and reflection, our attention turns to those less fortunate. Charity, or zakat in Arabic, is considered one of the five “pillars” of Islam and a mandatory tenet of the faith, and a strong charitable impulse is an attribute for which Muslims worldwide are well known. And at the end of Ramadan, a specific donation, zakat-ul-fitr, is collected for these charitable purposes.
In a post-9/11 America, however, the institution of zakat has taken on a whole new meaning. Scores of US-based Muslim charities have been shut down or their activities curtailed for fear of promoting terrorist causes overseas. While in some of these cases a link was established between one or more staff members and suspicious groups overseas, most closures were preemptive in nature, leaving millions of dollars of Muslim charitable contributions with nowhere to go.

I am fairly sure I can speak for every Muslim who I know when I say that I would be horrified if my charitable dollar were used for political or militant purposes. But without acceptable alternatives to now-shuttered Muslim charities in the U.S. (the government will not identify clean Muslim charities to assure confused donors), we are left with few charities to address the humanitarian (not political or religious) needs of Muslims overseas.
Here’s the upside: There has been a positive side effect of the charity scrutiny. Fearful of the risks of donating overseas, many Muslims are looking for charitable outlets here at home–and dynamic home-grown Muslim organizations are rising to the challenge. Here are two of my favorites:
One is the University Muslim Medical Association (UMMA) Free Clinic, located in south central Los Angeles. Founded ten years ago by Muslim medical students at UCLA, this clinic has provided free health care to tens of thousands of residents of South Central LA, 97 percent of whom are not Muslim. Local Muslim doctors and health care workers volunteer their time and skills, and funds are raised from within the local Muslim community.

The other is the Inner City Muslim Action Network (IMAN), based in the south side of Chicago. In addition to a health clinic similar to the one in Los Angeles, IMAN has created substance abuse services, food banks, transitional housing, and other social services desperately needed in the community. As with the UMMA clinic, IMAN’s services primarily benefit non-Muslims in the area, and all funds are raised locally.
My zakat contributions this Ramadan will be going to these two organizations, among others that constitute Muslim efforts to better the society around them. Whether you are Muslim or not, I encourage you to look into these and other Muslim-led organizations as possible recipients of your charitable contributions. 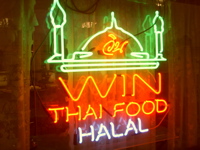 Break Your Fast the American Way: Eat Out!
archives most recent
More from Beliefnet and our partners
previous posts