It Takes a Village to Practice Ramadan 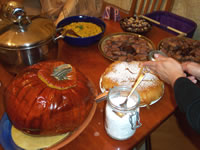 While there are aspects of Ramadan that are very personal, it is first and foremost a communal experience. Muslims are encouraged to pray in congregation, visit each other’s homes, and break their fast together at the end of the day. While it is nearly impossible not to do these things in a predominantly Muslim country, Muslims in America have to go out of their way to be among each other.

Unlike Muslims in Europe, Muslim Americans are geographically spread out across the country. With a few exceptions, you generally won’t find Muslim “ghettos” or other high concentrations of Muslims in America. (Even in Dearborn, Michigan–often referred to as the Muslim/Arab capital of America–Muslims number no more than 30 percent of the population.) While in general this is a good thing–Muslims should live among other Americans in order to break down social barriers–it does make a communal practice of Ramadan a bit difficult.
If you’re properly plugged in to the Muslim community, you’ll start getting Evite invitations for iftar meals even before Ramadan starts. (Those valuable weekend slots get snatched up quickly.) Even in a relatively small community like Austin, Texas, our iftar calendar has filled up our Ramadan weekends, with some invitations during the work week as well. These home visits provide a great excuse to build bonds within our community that have lapsed in the past year, and I’m looking forward to reconnecting with a few people who I haven’t seen since last Ramadan.

You’ll also need to find a mosque (sometimes referred to by the Arabic word “masjid”) near you. You can use websites such as salatomatic.com to find a mosque near to your home or work. Generally, the nearest mosque will be between 5-10 miles away. (That’s just fine with me–while growing up, I drove over 20 miles each way to get to my mosque during Ramadan.)
In addition to the standard Friday congregational prayers, most larger mosques offer iftar meals in congregation and optional tarawih prayers at night during Ramadan (more about these later). The iftar meals–often a blend of foods reflecting the cultural diversity within a mosque–offer a great opportunity for sharing Ramadan with others. The mosque I attended while in high school used the iftar to create an impromptu soup kitchen that served homeless people in the area.
Other mosques have used iftars as interfaith opportunities, held either at the mosque itself or at larger venues in town. This is still a rare occurence, however, that I hope changes as Muslims become more comfortable reaching out to those around them.

While working as a engineering project manager a few years ago, I visited a construction crew building a cell tower on the roof of a mosque in the San Francisco Bay Area. The project happened to coincide with the month of Ramadan, so after inspecting their work I asked the crew what it was like to work on top of a mosque. They told me how the mosque regulars called them down from the roof at the end of each day and invited them to join the iftar. There was no prosletyzing involved–just sharing food with strangers. It clearly affected the way these construction workers saw Muslims and Islam.
When fasting is shared with others, a support structure is created that helps bring out the best of the fasting experience. Breaking the fast at the end of the day with others is a great way to see your sense of achievement and satisfaction reflected in the faces of those around you. And “breaking bread” with those of other faiths is one of the best ways to defuse tensions and create opportunities for understanding. 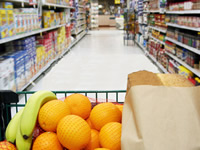 Regaining Control: The First Fast
archives most recent
More from Beliefnet and our partners
previous posts